Colloquial Ad Hoc Mapping is the ubiquitous phenomenon occuring among residents of Michigan's Lower Peninsula. The mapper shows the audience the palm of the right hand as an ad hoc version of the map of mitten-like lower Michigan and indicates the location of a town, city, or landmark with a finger from the left hand.

A less common, yet equally accurate, version of this activity involves the presenter's indication of a location on the back of the left hand with a finger from the right hand.

Colloquial Ad Hoc Mapping is acceptable among all levels of Michigan society. It is also acceptable among Michigan ex-pats and astute residents of other areas (though the latter may require a brief explanation). All others will react with blank stares. 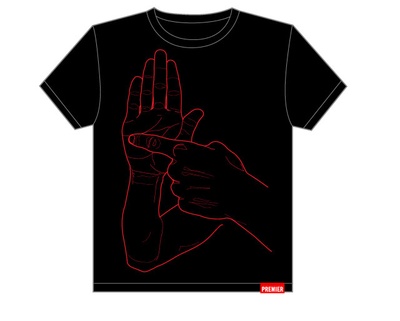 Where We're From T-Shirt

Colloquial Ad Hoc Mapping is depicted on a t-shirt for Premier Skateshop, designed in 2007 by Neil Hubert: Where We're From T-Shirt. 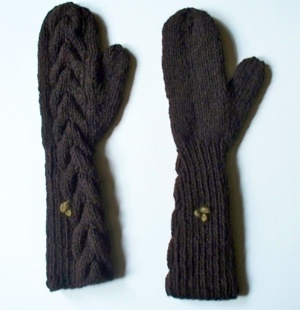 In rare cases, individuals not from Michigan society will adapt their own version to Colloquial Ad Hoc Mapping. In this example, an Indiana resident can depict their location of origin by a green dot on a pair of knitted mittens. Hand knitted mittens by Janis Adams