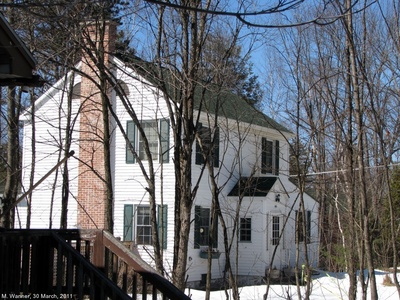 Other information: Log cabin, purchased by Willard and Pauline Hanmer in 1927. The small cabin was incorporated into a larger building after that date. The property apparently included Willard Hanmer's guideboat shop close by in the rear, but it was sold separately to Carl Hathaway, who continued to build boats there, and now [2010] Chris Woodward owns and uses it.