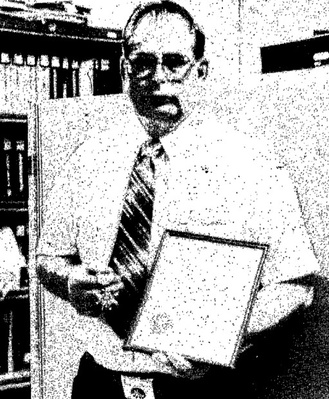 Saranac Lake Fire Chief Ed Woodard holds a plaque and ribbons he was recently awarded by Gov. Mario Cuomo for Conspicuous Services during the Vietnam War. The award is the highest honor New York gives military personnel. Woodard, who served in Vietnam for 13 months as a Marine helicopter crew chief and gunman, was given the honor because he earned seven air medals for taking part in over 140 combat missions. Adirondack Daily Enterprise, October 2, 1991 Born: