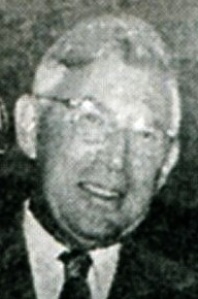 F. Ferris Hewitt was an attorney who lived at 18 Old Military Road. His offices were at 70 Main Street.

The Fortune Funeral Home Saranac Lake is in charge arrangements. Services are set for 11 a. m. Friday at the funeral home, with the Rev. Peter O. Hill officiating.

Mr. Hewitt was born in New York City Feb. 17, 1887, a son of Frank and Mary Hinds Hewitt. He received his early education in New York City schools and in 1911 graduated from Fordham University with a law degree. He was admitted to the New York State bar in 1911 and in that year joined the firm of Conway, Williams and Kelly. In 1914 he moved to Hackensack, N. J. and during 1916 was Master of Chancery in that state.

He became a member of the firm of Kelly, Hewitt and Harte with offices at 41 E. 42nd Street, N. Y. C. While associated with this firm he was chief counsel for the Manhattan Life Insurance Co. until illness forced him to resign his post and come to Saranac Lake in 1917.

Following his convalescence, he opened his own law firm in Saranac Lake at 75 Main street in 1921. He later moved his office to the New York Telephone Co. building and then to 70 Main Street. He continued his practice at the latter address until his death.

He was a past president of the bar associations of Franklin and Essex counties and was a member of the New York State Bar Association. He was a delegate to numerous Republican Judicial conventions; a trustee of the Adirondack Council, Boy Scouts of America; chairman of the Special Commission of the New York State Legislative Committee for the Saranac Lake Rehabilitation Guild; was a vestryman of the Church of St. Luke the Beloved Physician in Saranac Lake, and an honorary member of Lodge 1508 Elks, Saranac Lake.

He was president of the Saranac Lake Board of Education for nine years; a vice president and director of the former Adirondack National Bank, a member of the advisory board of the Marine Midland Bank and Trust Company; a trustee and former treasurer of the Trudeau Foundation, and an honorary trustee of the Trudeau Institute.

The family requests that friends wishing to remember Mr. Hewitt send their donations to either the Saranac Lake General Hospital or the Adirondack Council, Boy Scouts of America.