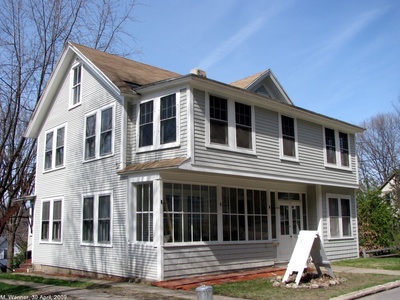 Loretto Leonard in the 1930 Canaras.

Other information: There was another Leonard Cottage at 56 Park Avenue. Loretto Leonard lived at this address for her whole life, and gave piano lessons to generations of Saranac Lake children here.

It was the home of James and his mother, Clare Luce Holway, in 1941.

From a list found in the vault of Pine Ridge Cemetery, headed "Birthdates of Norwegian Patients in Saranac Lake and Gabriels, N.Y." Undated, but probably c. 1943. 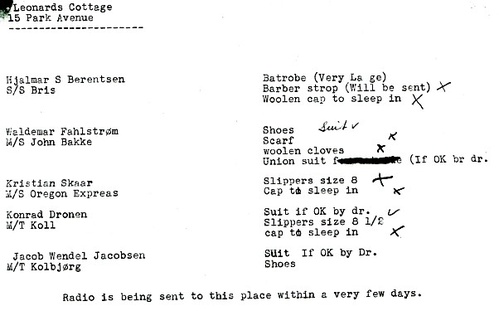 List of donations from the Social Welfare Committee for Norwegian Seamen in America in New York. For context, see Stony Wold Sanatorium. Courtesy of Natalie Leduc.