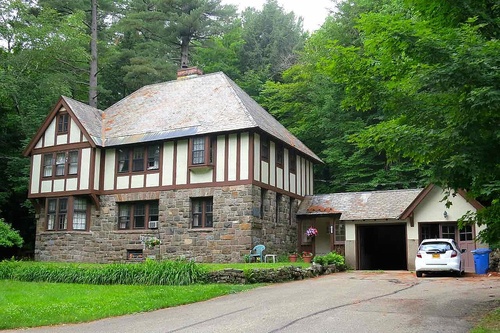 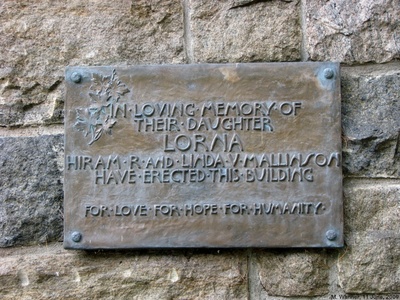 A memorial plaque on the side of the building Trudeau Sanatorium Historic District, Reference Number 19

Mallinson Cottage is a two-story Tudor Revival-style residence designed by Scopes and Feustmann, (one of eight buildings extant in 1993) built after 1915 when the institution was renamed Trudeau Sanatorium. Joseph Hayes, Trudeau Sanatorium's superintendent of construction, was responsible for the work. Similar to Blumenthal in its Tudor Revival style, the building housed married laboratory workers in two apartments. The foundation and first story are of square-cut ashlar with visible drill marks laid in irregular courses. The second story is half-timber and stucco and the roof is slate. The residence is rectangular in plan with a hipped roof and central chimney. There is a full-height projecting gabled bay. The original attached garage has folding three-panel doors.

A bronze plaque mounted on the southeast corner of the outside wall and ornamented with a spray of maple leaves reads:

In loving memory of their daughter Lorna
Hiram R. and Linda V. Mallinson have erected this building
For love, for hope, for humanity

Hiram R. Mallinson, a silk merchant, died in New York on May 12, 1931. Just the previous November 2, he and his wife had donated $250,000 to Trudeau Sanatorium "in memory of their daughter Mrs. Lorna Mallinson Bowen, who had been a patient, and died at the age of 28." 1 The name of Mallinson also appeared on a map of camps on Upper St. Regis Lake in 1960. 2

The family of Dr. Leonard J. Bristol moved to Trudeau Sanatorium in 1949, where they lived in the Mallinson Cottage until 1951 when they moved into the village of Saranac Lake. 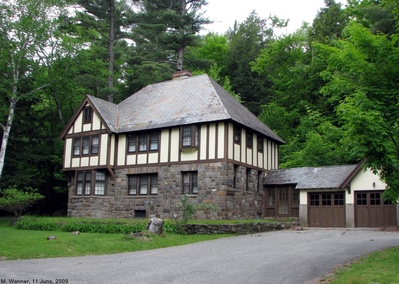 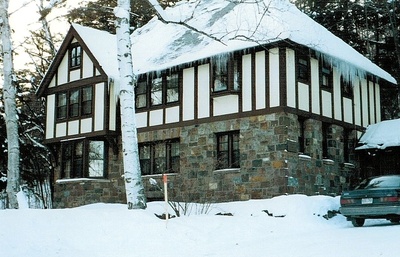