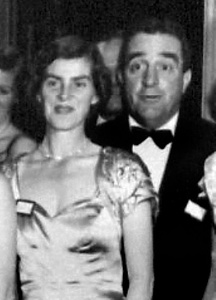 Wilhelmina Du Pont Ross was an owner of Land's End, a camp on Upper Saranac Lake.  And she inherited 27,000-acre Ross Park on Donald Ross's death.

Mrs. WILHELMINA DU PONT ROSS of Montchanin, Del., who turned over to a corporation her racing stable, farms, gas leases and securities and claimed losses from operation of the farms and stable of nearly $300,000 in the past six years, and, with other deductions, saved $172,469 in taxes.