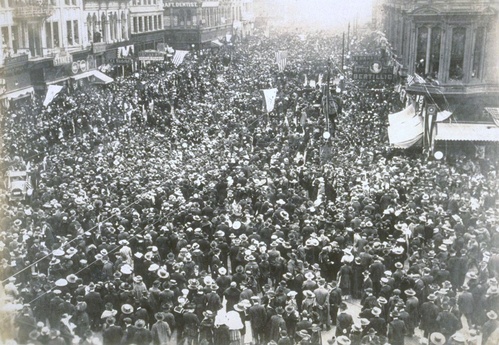 On April 28, 1919 Oakland's 159th Infantry Regiment returned home from serving in World War I.  The largest crowd in the history of Oakland, California came out to greet the returning troops.

The 159th Infantry Regiment was demobilized on May 1, 1919 at the Presidio in San Francisco, California.