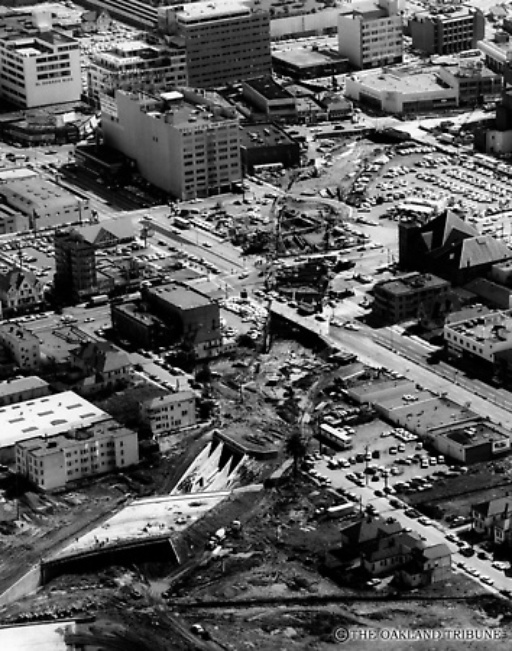 The concept for the Bay Area Rapid Transit (BART) began development by groups of local business and civic leaders in the East Bay and San Francisco in 1946.  By 1947, a joint Army-Navy review Board concluded that another connecting link between San Francisco and Oakland would be needed in the years ahead to prevent intolerable congestion on the Bay Bridge.

In 1951, the State Legislature created the 26-member San Francisco Bay Area Rapid Transit Commission, comprised of representatives from each of the nine counties which touch the Bay.

The Commission advised, in its final report in 1957, that any transportation plan must be coordinated with the area's total plan for future development.

The Commission's least-cost solution to traffic tie-ups was to recommend forming a five-county rapid transit district, whose mandate would be to build and operate a high-speed rapid rail network linking major commercial centers with suburban sub-centers. 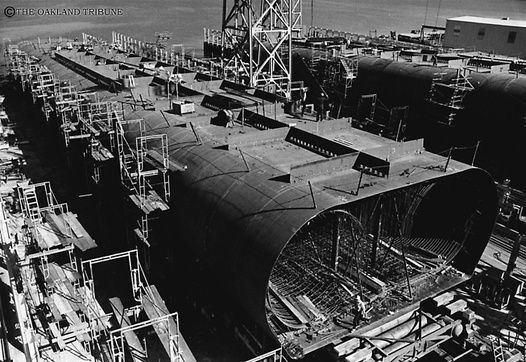 Binocular-shaped sections of the transbay tube were constructed in a shipyard then sunk in the Bay - November 1967. (Fran Ortiz / Oakland Tribune Staff Archives) 1 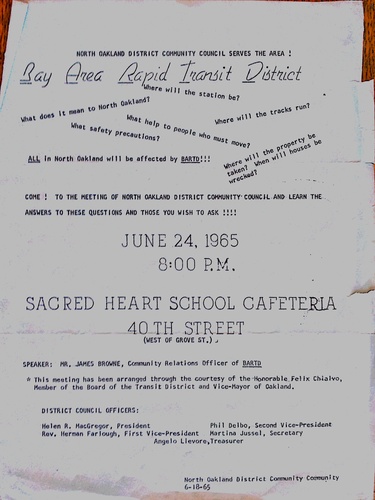 ALL will be affected by BARTD!!! (Courtesy the Oakland History Room, Oakland Public Library)