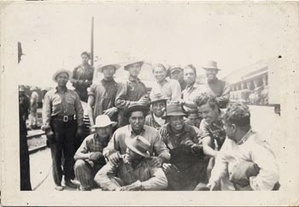 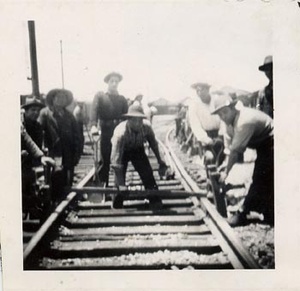 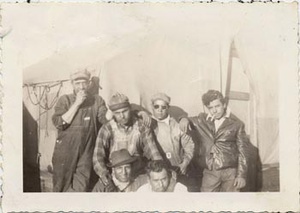 The Bracero Program was a Guest Worker program that started in 1942 by Then President Franklin D Roosevelt at the start of World war 2 to fill in the labor shortages. He signed an agreement with Then Mexican President Manuel Avila Camacho to bring Mexican workers to fill in Labor Jobs like agricultural work and industrial jobs as well. Thousands of Workers were hired from many Parts of Mexico to come work in the United states during the War Years.

Oakland during the war years brought many Workers from all over the country especially African American Workers. Braceros were also sent to work in Oakland. Roughly five Thousand Mexican Braceros were sent to Oakland during 1943. Their number grew as the war progressed. The Vast Majority came to work for the Southern Pacific Railroad. In there West Oakland yards mostly doing maintenance and working on Track Gangs working on the railroad tracks also many went to work in the Shipyards like Todd ship yard and Kaiser Ship yard in Richmond and others worked at various Industrial jobs in Oakland.

The Braceros had a camp site Or living quarters built for them by the Southern Pacific Railroad the living Quarters was in the Point of Oakland near pine st and 7st also many Braceros moved into the West Oakland Mexican community near 7th st and Market and lived as boarders. The Mexican community In West Oakland had definitely grown with the influx Braceros and Other Mexican and Latino war workers especially those that came from the Southwestern United States. Braceros began being part of the social life of Oakland like going to Dance at Sweets Ball room or the New century center in West Oakland or going to see movies at the Star Theater on Market st.

After the war Many Braceros stayed in Oakland some got married to woman they met while socializing like in the Case of Jose Cruz a former Bracero who met his wife at Sweets Ball room. Others Got Permanent Jobs in the Southern Pacific Railroad or at other Industrial Jobs. Those who didn't stay in Oakland either left to work in Agricultural or Industrial work in other cities or states or some went back to Mexico. 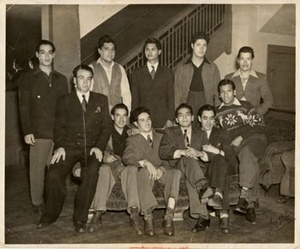 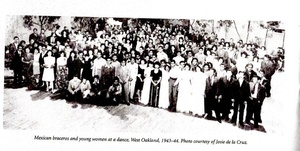 A dance for Braceros in West Oakland during the war years

End of the Bracero program

The Bracero program lasted well after the War it finally ended in 1964 many Braceros got exploited by Bosses and Companies also some never got fully paid and others never got retirement benefits for there work during the war years. The welcome mat was pulled after the war years and to add insult to injury a mass raid and deportation of Braceros and Mexican workers happened in 1954 under the Name Operation Wetback. The braceros came to fill in the war work and never got the thanks they deserved by the Us. On a happier note many Oaklanders of today Of Mexican ancestry can trace there history in Oakland to the Braceros that came during the war years.