Col. Charles Carroll (“C. Carroll”) Marsh (September 17, 1829 – October 2, 1904) was a Union officer during the Civil War, notably serving at the battles of Fort Donelson and Shiloh. 1 Marsh was also a lawyer, and later moved to Oakland where he practiced law.

Marsh went to Chicago to study law. According to Wikipedia, "The legal profession was too crowded for Marsh and his studies lasted only a year before pursuing other business ventures. He joined the Chicago Light Guard becoming captain in that organization." 1 The Chicago Light Guard was highly regarded, and at the outbreak of the civil war, Marsh was called to Springfield, Illinois; because of his experience with Chicago Light Guard, he was given command of the 20th Illinois Volunteer Infantry.

The battle of Fort Donelson in February 1862 and the battle of Shiloh in April 1862 were the main actions he was involved in. Shiloh was particularly grim:

Between 11:00 and 11:30, in close quarter, hand-to-hand fighting, the massive assault by the Confederate left overran the Union right, inflicting horrendous Federal casualties, and capturing seventeen cannon along with most of McClernand's camp. "The enemy were seen approaching in large force and fine style, column after column moving on us with a most terrible precision," stated Col. C. Carroll Marsh, commanding McClernand's center brigade. Marsh added that the Confederates "opened on us with a most terrible and deadly fire, unequaled by any which we were under during the subsequent engagements...During the first five minutes I lost more in killed and wounded than in all other actions." 12

In November 1862 he was recommended for promotion to Brigadier General by Ulysses S. Grant, who repeated his request in a letter to Lincoln dated December 28, 1862, 9 but his appointment was later withdrawn. An obituary in the Oakland Tribune says he was part of the campaign against Vicksburg, 7 though it was the early parts of the campaign. The more famous siege of Vicksburg was May to July 1862. 10,11

The 1870 census shows the Marshes living in Oswego, NY, and lists Marsh as a clerk in a law office. In 1876, Marsh registered to vote in Alameda County. The 1880 Oakland directory shows them living at 360 E17th in Oakland, and lists Marsh as an attorney at law with an office at 628 East Central Avenue. (now 55th Ave.) 6 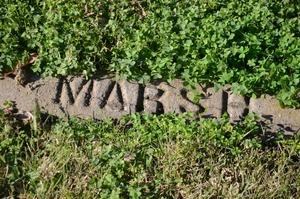 Following the colonel's death, Harriet moved to Lakeshore Avenue to live with Katie and her husband, Joseph Colville Eaton. Harriet died April 28, 1920, 5 and according to FindAGrave.com, is interred in Chapel of the Chimes, not Mountain View, where Joseph was interred a year and a half earlier. [ NB: need to check this -- haven't found source of info that Eaton or Harriet are there, though Katie Marsh Eaton is. Odd that Harriet would be there when her mother and husband are in MVC. ]