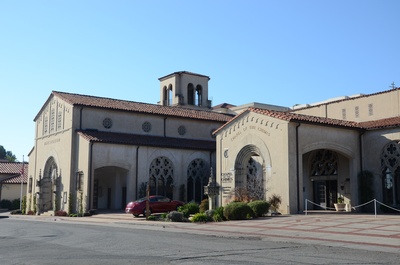 Chapel of the Chimes
photo CC SA-BY Our Oakland

Chapel of the Chimes (also known as the California Crematory) began as a crematory as well as a columbarium building in 1909. One of its innovative features was the use of the first electric crematorium in the world.

In 1928 the original building was enlarged and renovated based on the architectural plans of famed Oakland architect Julia Morgan. Her work is easier to see on the inside of the building, and includes such features as retractable skylights, and a staircase that had been designed for Hearst Castle.

The Chapel of the Chimes hosts a variety of events, including the popular Jazz at the Chimes concert series.

The first Chapel was created by converting the street car station that served nearby Mountain View Cemetery into a chapel in 1909. If you enter the California Columbarium, notice the somewhat out of place tile floor, which was from the station.

Much of the intricate concrete and metal work that was added during the renovation by Julia Morgan was created on-site. Some of it was done by craftsman Henry Gregorie who Morgan hired away from the work at the Golden Gate International Exposition on Treasure Island. Note that the Julia Morgan Chapel was not designed by Morgan but was named in her honor.

In the 1920s and 1930s, organ music was broadcast live from the Chapel over radio station KRE and had a lease agreement with the Chapel. The station also did daytime broadcasts from Capwell Central Market, a department store across from H. C. Capwell's in downtown Oakland. In December, 1936, the station was sold to Central California Broadcasters, a wholly-owned subsidiary of the Chapel of the Chimes because the FCC ruled the lease agreement was illegal. 3

Architect Aaron Green created six additions to the columbarium in 1959.

A little-known fact is that the Chapel has an endowment to keep cages of canaries, but people kept freeing the birds. 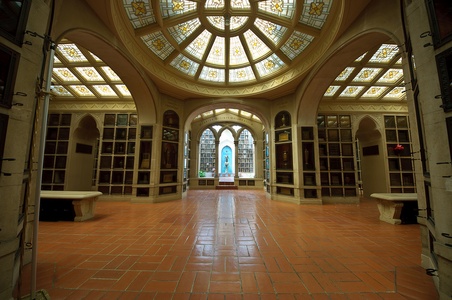 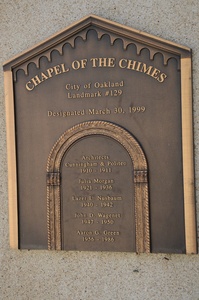 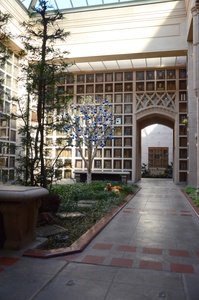 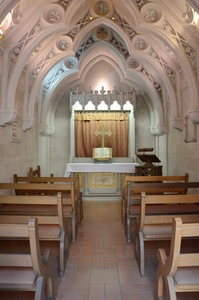 Oaklanders in Chapel of the Chimes