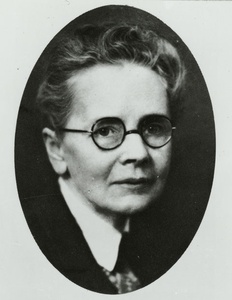 Julia Morgan (January 20, 1872 – February 2, 1957) was an important Oakland architect, one of the first major woman architects and first woman licensed as an architect in California, where she designed over 700 buildings. William Randolph Hearst was one of her major patrons and she was the chief architect of a number of Hearst projects including Hearst Castle, the Hearst Building in San Francisco, and others. Morgan also designed a number of buildings for girls and women including a series of YWCAs across the western U.S.

After graduating from Oakland High School Morgan attended UC Berkeley where she was mentored by Bernard Maybeck. She graduated from with a degree in civil engineering, and with encouragement from Maybeck, applied to the prestigious École nationale supérieure des Beaux-Arts in Paris, the national fine arts school of France. After initially being rejected because she was a woman (the school had never allowed women to study architecture), she was finally accepted, and in 1902 became the first woman to receive a certificate in architecture from the school. In 1904 she was the first woman licensed as an architect in California.

In Oakland, Morgan designed the YWCA building, several churches, and a number of residences. One of the more unusual structures she designed was El Campanil at Mills College, paid for by "Borax" Smith and Mary R. Smith. It was one of the earliest reinforced concrete structures west of the Mississippi, and the fact it came through the 1906 earthquake unscathed did much to advance Morgan's reputation as an architect and an engineer.

Charles was not a particularly successful businessman, so the family relied on money from Eliza's family. Eliza ran the household with a firm hand. When Eliza's father died in July, 1880, Eliza's mother moved into the Oakland home, bringing the family wealth with her. All these things provided "young Julia with a role model of womanly competence and independence." She turned down her parents' offer of a debutante party, saying she wanted to gain a career first. 7 Morgan never married, but focused on her work her entire life. 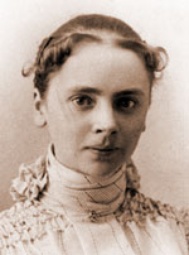 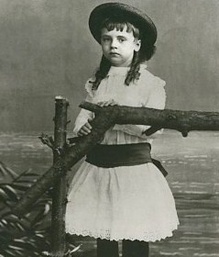 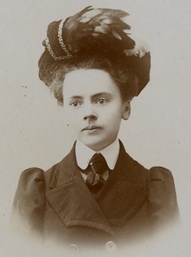 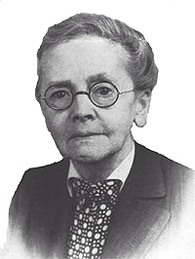 Photos of some of Julia Morgan's work in Oakland

Photos from Our Oakland. 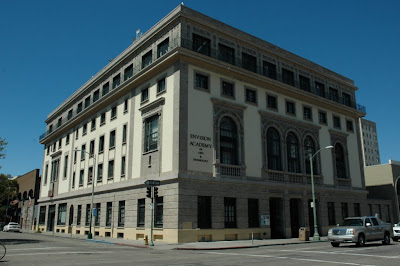 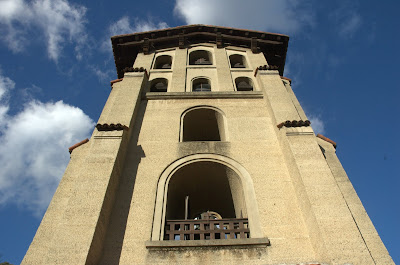 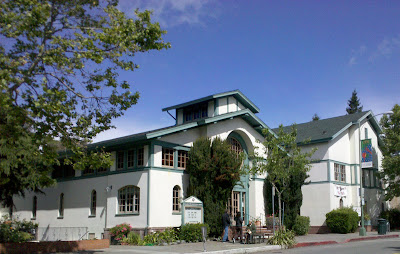 For at least two of Morgan's customers, Hockenbeamer and Ayer, she designed their monuments which are located in Mountain View Cemetery. Richard Bartlett Ayer was a wine merchant; Morgan also designed his home in Piedmont. Similarly, she designed a home for August Frederick Hockenbeamer as well as his family grave marker. 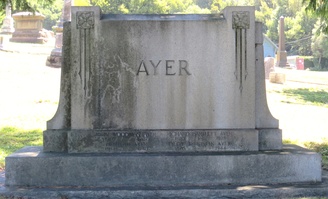 Julia Morgan died in 1957, and is buried in Mountain View Cemetery, in a family plot marked by a modest gravestone. She said “My buildings will be my legacy…they will speak for me long after I'm gone.” 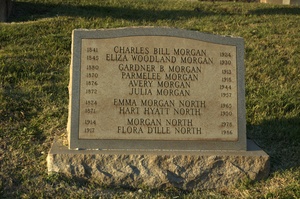