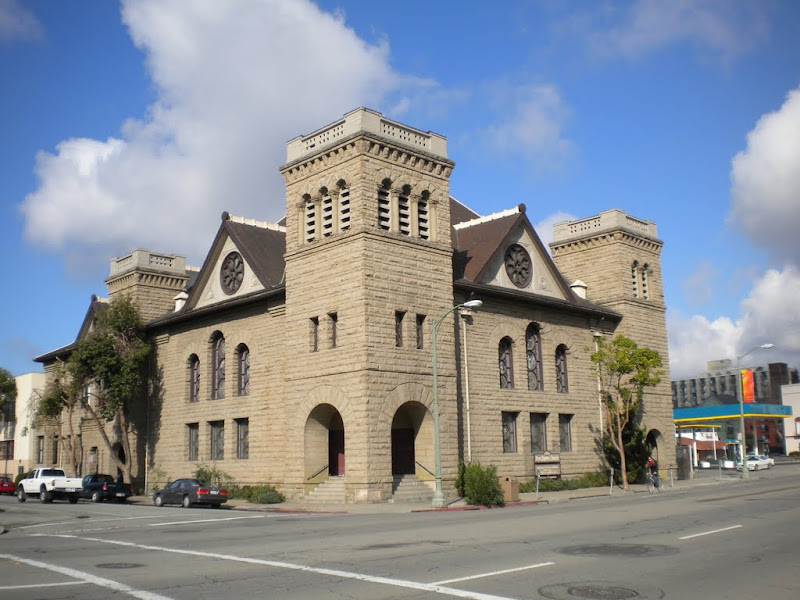 The First Baptist Church is a historic church at 534 22nd Street (originally Jones Street) at Telegraph Avenue. The building was completed shortly before the 1906 San Francisco Earthquake, and was badly damaged in the quake. Julia Morgan (the Morgan family lived nearby) had been hired to finish the sanctuary, and was instead hired to repair the church and finish the sanctuary. The cornerstone for the building laid in 1903. It notes the cornerstone was re-laid in 1906 following the damage caused by the earthquake.

Many Baptist churches are relatively plain in design; First Baptist is not, with fine wood carving, an open redwood ceiling, and lovely stained glass windows around. The building itself is based on the cathedral in Aachen, Germany, designed for Holy Roman Emperor Charlemagne. A large pipe organ is the sister instrument to the well-known organ in the Stanford Chapel. The sanctuary was featured in the movie "What Dreams May Come" starring Robin Williams.

The congregation dates back to December 7, 1854. Construction of a large church at 14th and Brush was begun in July, 1868. Deacon N. J. Thompson was near the top of the steeple when the great earthquake of 1868 struck. He yelled down to his companions to "stop the foolishness and stop shaking the steeple." That church building burned down in 1902. The Free Baptist Church merged with the First Baptist Church in May, 1910. It had been organized by S. P. Meads in 1884, just two blocks from the present location of the First Baptist Church.

While the First Baptist congregation merged with Lakeshore Avenue Baptist Church in 2010, the building is still in use by the Burmese Mission Baptist Church.

Photos CC SA-BY-NC from Our Oakland 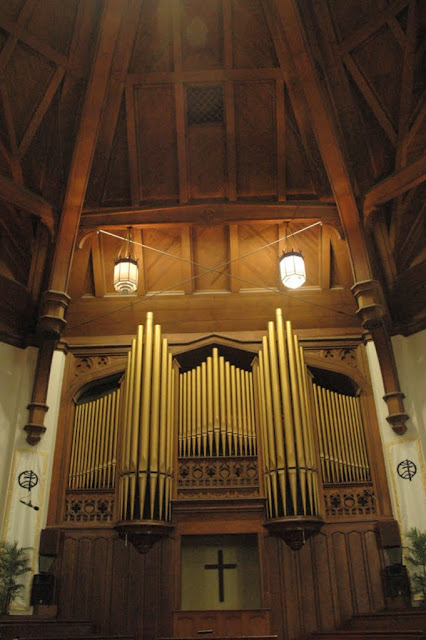 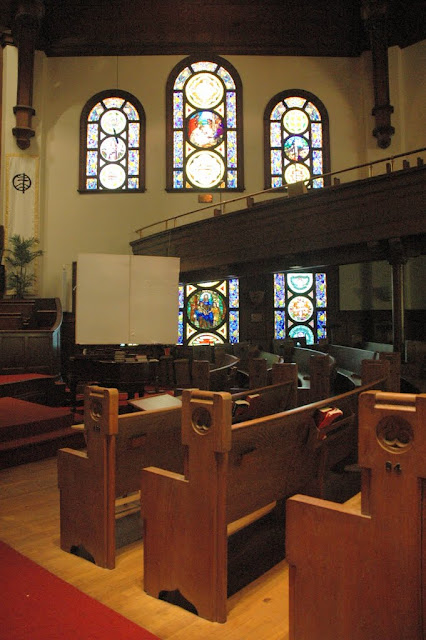 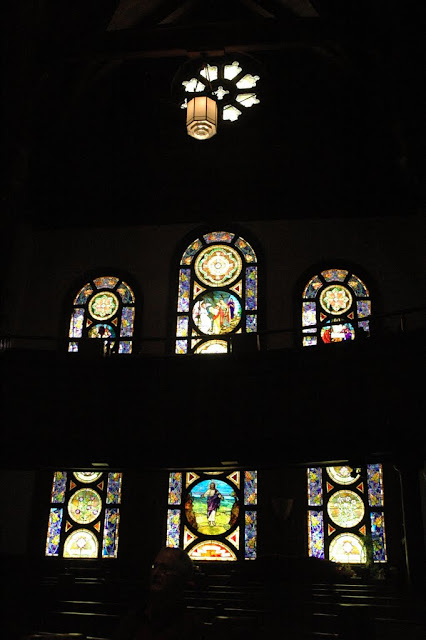 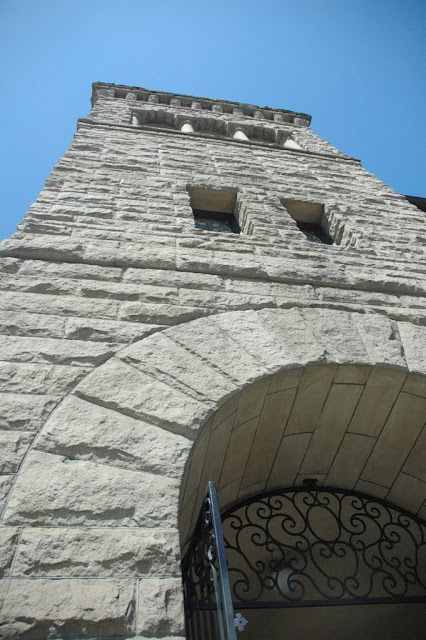 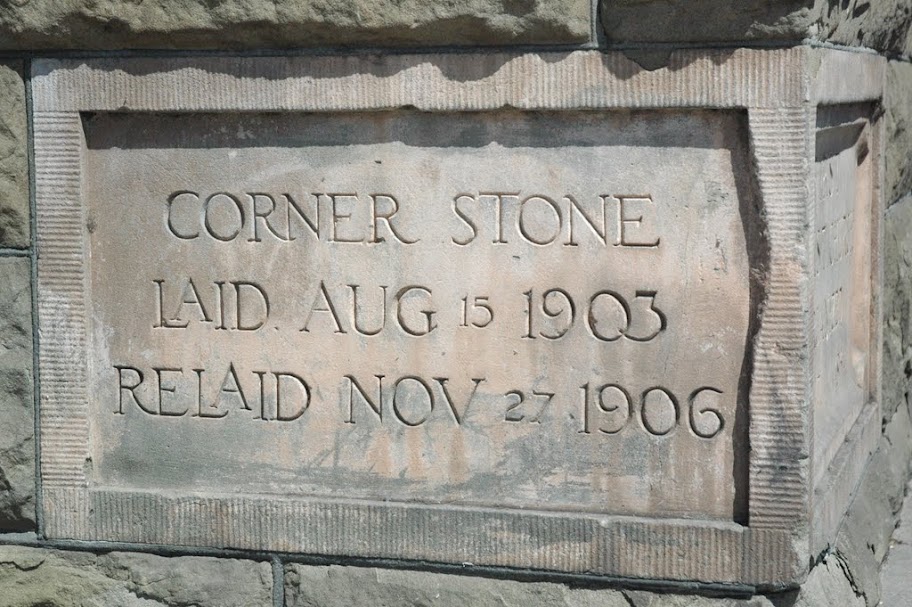 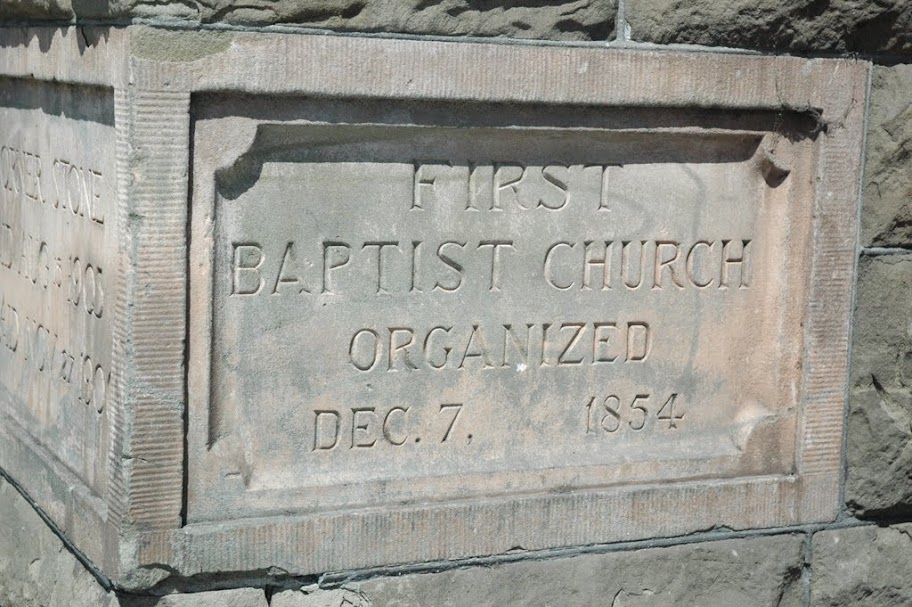 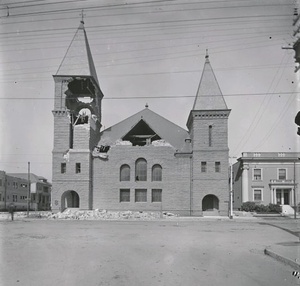 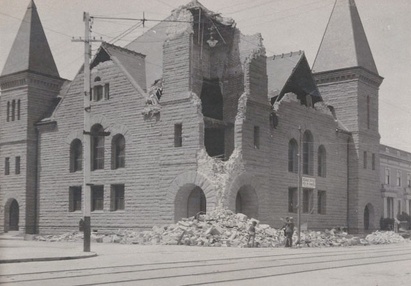 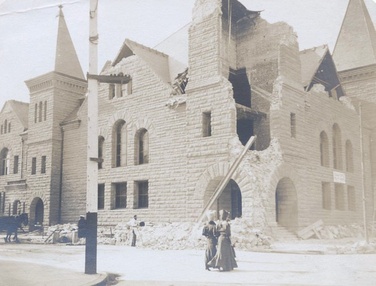 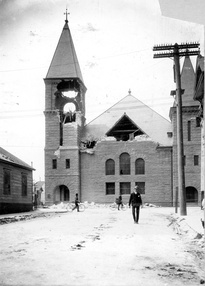 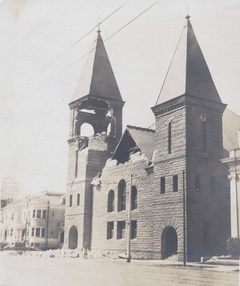 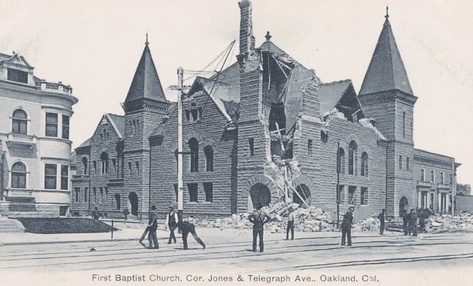