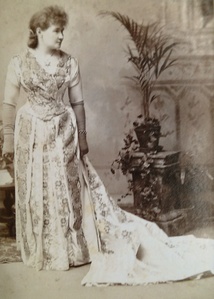 Mary Rebecca Thompson (April 4, 1846 – December 31, 1905), known as Mollie, was the first wife of F.M. “Borax” Smith. She was a young divorcée (Wright) from Brooklyn, NY when she met Smith at a ball at the Tubbs Hotel in Brooklyn, CA. They married (in her hometown) in 1875, and for their first few years lived in Nevada near his borax operation before settling in Oakland in 1881.

Mollie became inspired by Benjamin Farjeon's Blade O' Grass about orphans in London, and she and Frank took in and adopted a number of homeless girls. In 1897, Mollie took in Evelyn Ellis, whose parents lived nearby, as a ward. In 1901 the Smiths started an orphanage, the Home for Friendless Girls. In May of 1901, Mollie was elected a life member of the Children’s Protective Association.

Smith was a member of the Ebell Society.

Mary Smith may be remembered for her grand charity fundraising parties at Arbor Villa, her orphanage system, and the Home Club. But less obvious, though probably more important, was the influence this exceptional woman wielded on her husband’s general direction: while he may have already felt an urge to “give back to the community”, she helped strengthen and reinforce his determination to do so, while shaping the direction it took. When she died, he continued doing more or less as she would have wanted, and the benefits to Oakland were huge. 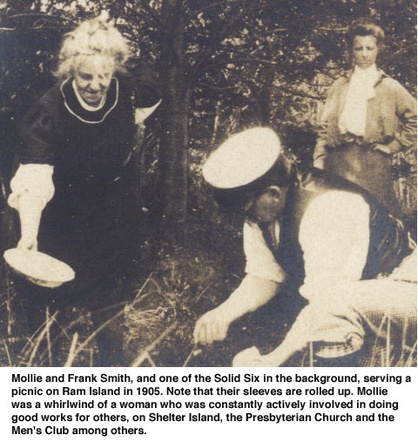