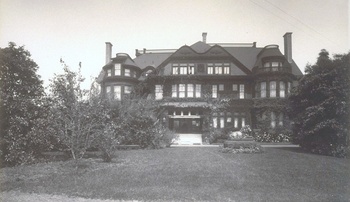 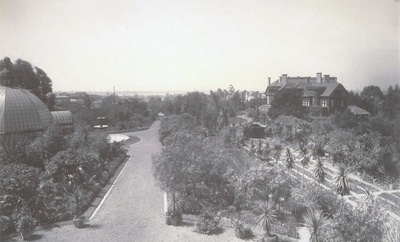 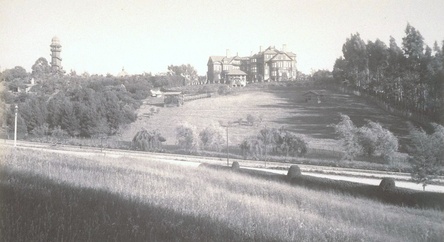 Arbor Villa estate as seen from across Park Boulevard 1
(compare to current view on WhatWasThere.com)

Oak Hall was the name of the mansion on the Arbor Villa estate, a gorgeous, extravagant three story home with at least 42 rooms, including 15 bedrooms; a ballroom; a bowling alley including a ball return; an organ with 18 or more ceiling-height pipes; an attached conservatory; and even a miniature grotto. 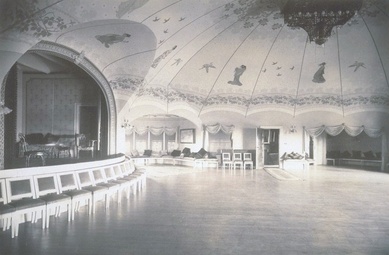 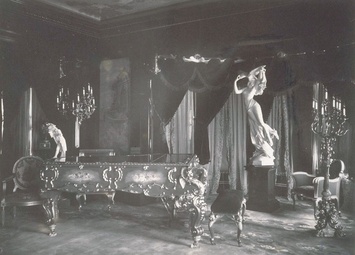 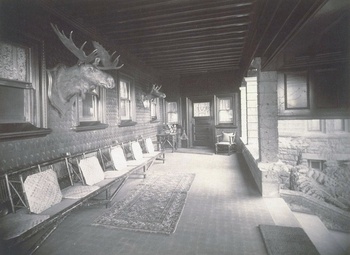 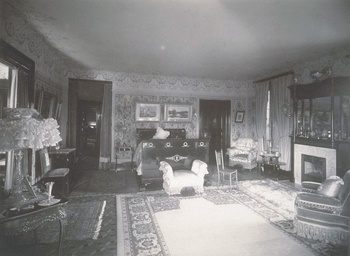 Oak Hall bedroom (one of many) 1 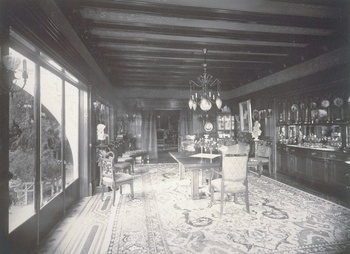 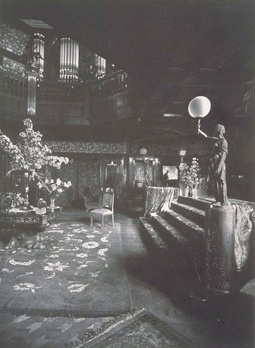 With so much emphasis on the house, were the grounds an afterthought? Hardly. Squadrons of full-time gardeners had already extensively groomed the 35-acre estate for over a decade before the house was even built. Not for nothing was it called Arbor Villa: there were grape and rose arbors; groves of birch and pine; a large lily pond, a cactus garden … exotic trees and flowers at every turn. The grounds also featured tennis and croquet courts; a paddock with deer and rabbits; a fountain; an archery range; stables; several greenhouses; a 5-story faux water tower with observation deck, and a variety of guest houses and other structures. 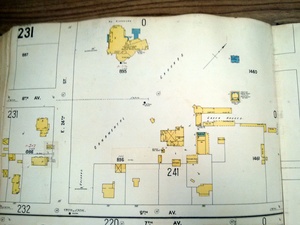 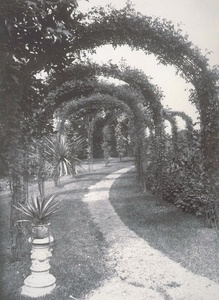 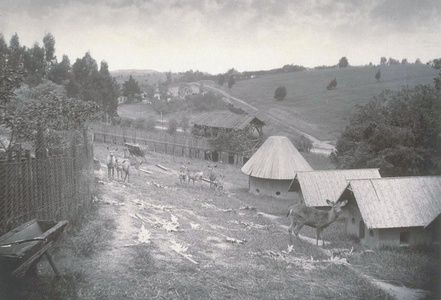 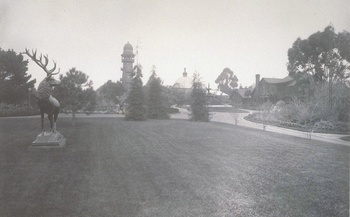 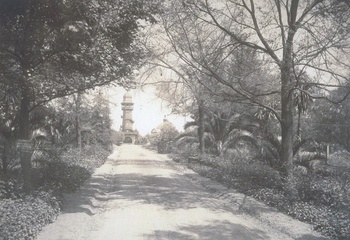 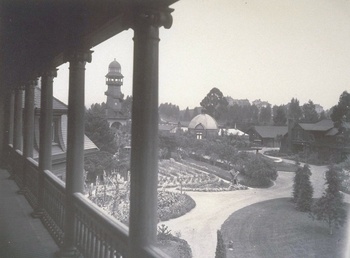 From 1895 until the 1920s the Smiths opened Arbor Villa to the public fairly regularly, holding numerous fundraising events and society balls, which generated vast sums for charitable causes (like Oakland Free Kindergarten, or Fabiola Hospital). These events, especially in the early years, were the place to be. A San Francisco Call article (Vol. 105, #153, 2 May 1909) describing one such May Day fundraiser, mentions familiar names from Oakland history: de Fremery, Remillard, Chabot, Capwell, Schilling.

The most brilliant affair of the week of course was the reception which Mr. and Mrs. F. M. Smith gave on Wednesday evening at their charming home, Arbor Villa, in East Oakland, to which over 1300 guests from both sides of the bay were bidden.

A Tribune article from the same year was titled “society queens rule at Smith grand ball.” 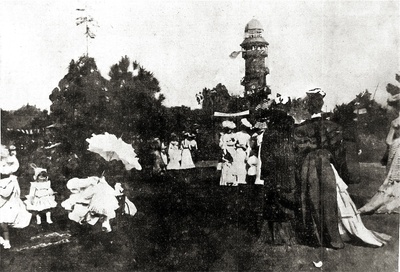 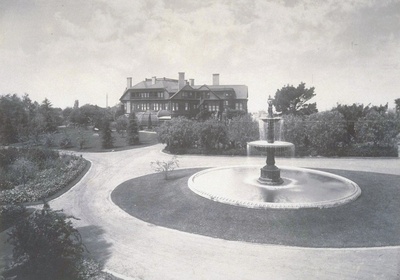 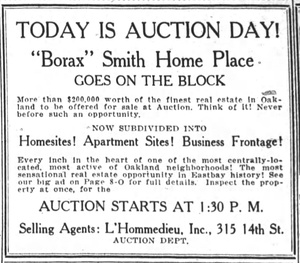 Smith made and lost at least two fortunes over the years, so he was used to some turmoil. But in 1928, Smith suffered a series of strokes. Evelyn took control of the business affairs, and they gave up Arbor Villa and moved to Adams Point.

Some of the furnishings of Oak Hall were auctioned off in 1930, 3 and the land was auctioned off starting in 1931. 2 According to Borax Smith historian Phil Bellman, Oak Hall was torn down January 13, 1932.

The Dooley 1902 photos (all of the above interior views, and most of the outside ones) are usually what gets jaws dropping and people talking, especially when you visualize all this superimposed on the area as it is today.

Phil Bellman gives walking tours about Borax Smith for the Oakland Heritage Alliance. If you get the chance, the tour is highly recommended. 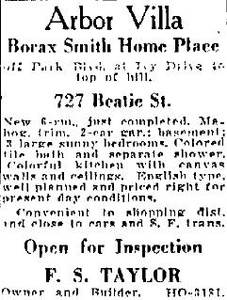