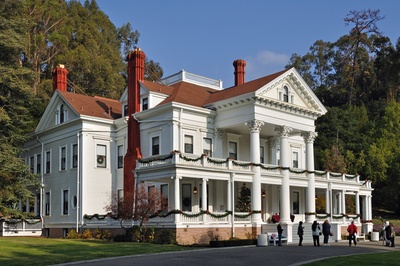 The Dunsmuir Hellman House was built in the Oakland foothills by Alexander Dunsmuir, co-heir to the Dunsmuir coal and shipping fortune. It was given as a wedding present to his new bride Josephine (Wallace) (Bour) Dunsmuir in December 1899. Alexander died on their New York honeymoon, leaving Josephine to live in the new Oakland home until she too died…barely a year later, in 1901. Was the place unlucky?

Josephine was perhaps better known as the mother of stage and silent movie actress Edna Wallace Hopper. Hopper was Josephine's daughter by her first husband, Waller Wallace. The Wallaces took Dunsmuir in as a boarder in San Francisco while Edna was still young. Alexander and Josephine had an affair, and left Waller with the children. By the time Alexander and Josephine married, Edna was already a star on the Broadway stage. 2 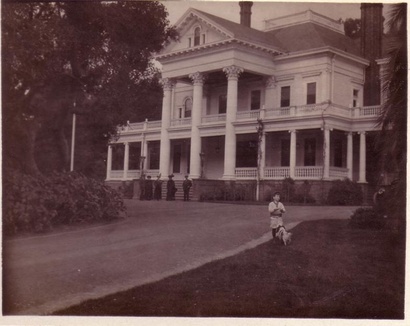 Isaias W. Hellman, Jr. (“Marco”) bought the mansion in 1906 as his family’s summer house and renamed it Oakvale Park. The mansion was remodeled in 1913 and the Hellmans continued to vacation at the home until Hellman died in 1920. His widow Frances Jacobi Hellman, his children and grandchildren continued to spend summers at the estate into the late 1950’s. The swimming pool, landscaping and Dinkelspiel House were added during this period. 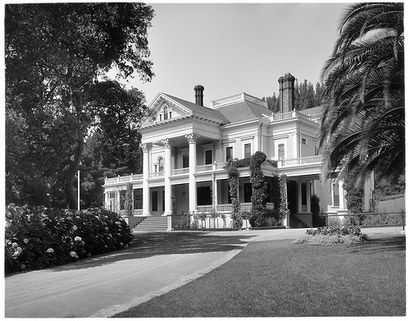 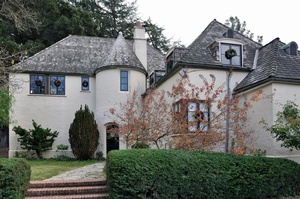 The Dunsmuir Hellman mansion has been designated a National Historic Site by the United States Department of the Interior, and both the mansion and the Carriage House were designated Historic Landmarks by the City of Oakland on May 27, 1980.1 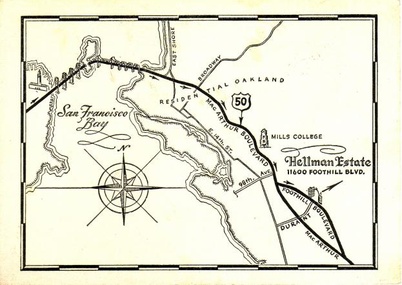 Oakvale guests were sent a map for directions

The Dunsmuir mansion, designed by San Francisco architect J. Eugene Freeman, is an example of Neoclassical-Revival architecture popular in the late 1800s. The 37-room mansion features a Tiffany-style dome, woodpaneled public rooms, 10 fireplaces and inlaid parquet floors within its 16,224 square feet. Servants’ quarters in the house are designed to accommodate 12 live-in staff. 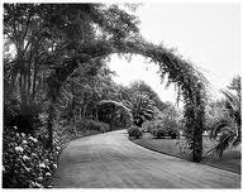 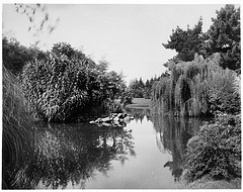 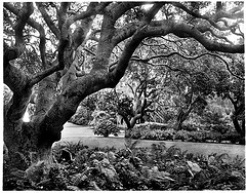 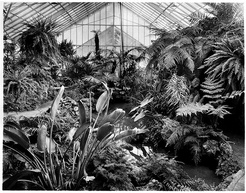 The dramatic, picturesque setting of a giant, white, old manor house nestled against a lush green backdrop naturally lends itself to cinema use, and indeed many movies often use the location. This youtube clip briefly summarizes some of them, and this clip is more like a walking tour, with an emphasis on Phantasm (1979).