August Schilling (February 8, 1854 – August 1, 1934) was a German immigrant and co-founder of the A. Schilling spice company. The family maintained a home and the adjacent Schilling Gardens on Jackson Street where it meets Lake Merritt from c. the 1880s until 1919 near what is now Snow Park. The former site of the Schilling home is now occupied by the Regillus Apartments at 200 Lakeside Drive, next door to the Bechtel Building.

Schilling was also a business associate of James A Folger. He started working for J.A. Folger & Co. in 1870 and within a few years was a partner in Folger, Schilling & Co. There he met George F. Volkmann, and in 1881 the two of them left the company and started A. Schilling & Co. with Schilling owning 2/3rds of the company. 2 The A. Schilling company was purchased by McCormick & Company spices in the 1940s, but they continued to use the Schilling brand name in the western U.S. until the 1990s. 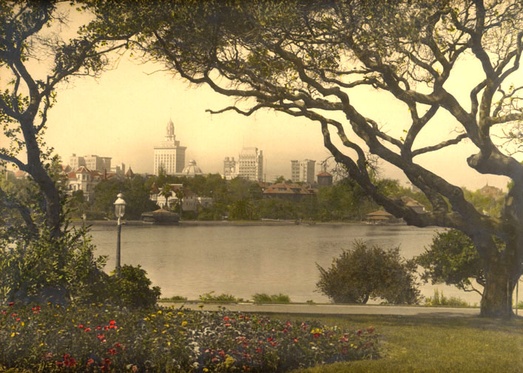