There's a mural on the side of the clothing store Clothing Town on Foothill and 34th Ave. The mural was painted by the EastSide Alliance Visual Element program.

The side of the mural reads "This mural was made for the community by the community to reflect the beauty of our culture, history and the blood of resistance of the people who had laid deep roots, and will for ever remain on this land!" The mural was Organized by Defendants on the Fruitvale Gang Injunction who came out to speak against the Injunctions in Oakland.

"Growin our roots, reclaiming our Fruitvale."

"Special thanks: Eastside Arts Alliance, Coatinecalli and Stop the Injunctions Coalition." The front of the pyramid says "Defending Land & Life." 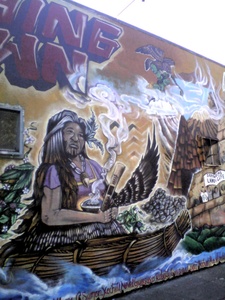 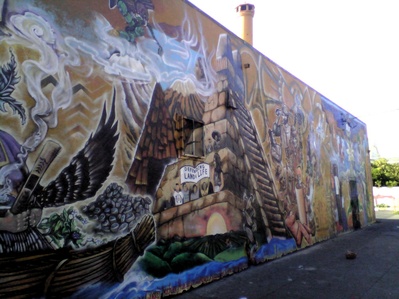 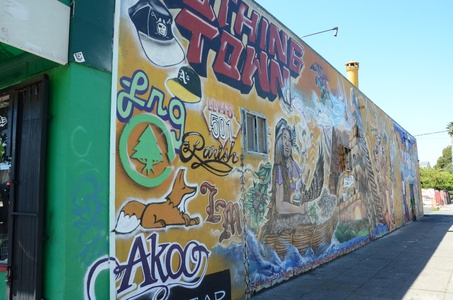 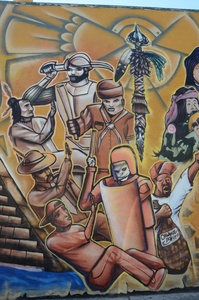 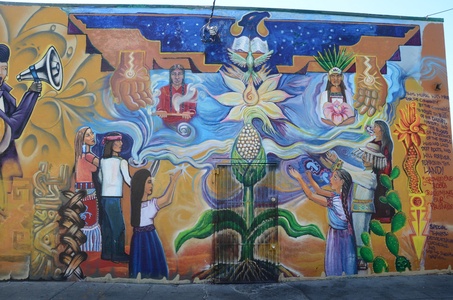 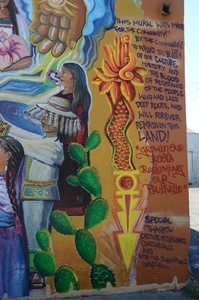