Sometimes life-size wheatpaste people appear on the side of buildings in West Oakland. They don't last too long, but here are a couple pictures.

Mystery solved!: These are by Chicago muralist Don't Fret who also has a mural up downtown. 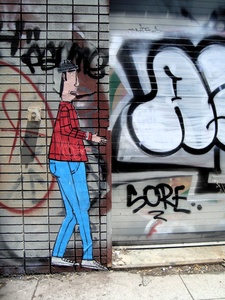 Spotted on 7th near the Crucible. photo by mk30 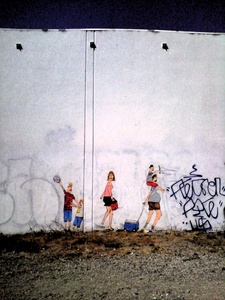 On West Grand near the intersection with Adeline. photo by mk30

Also, is this wheatpasted horse related?

-no. the horse and the bird are by Binty, a UK artist who came over and did some work, including on the Titans mural. She does cute cartoon characters like this. Within days, a person who thrives on destroying the work of other artists, and is the same person who destroyed the bottom of the Jewish tradition mural went over all of her pieces, including this one. 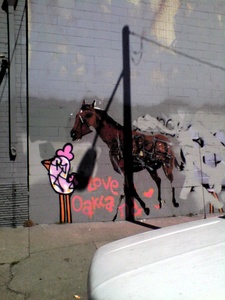