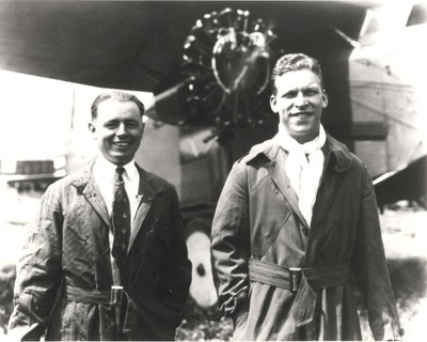 The First Trans-Pacific Flight took off right here at the Oakland Airport in Oakland, California at 7:09 a.m. on June 28, 1927 in the Atlantic-Fokker C-2 Bird of Paradise. Lieutenant Lester J. Maitland was the pilot and Lieutenant Albert F. Hegenberger the navigator. Oakland was chosen because the approximately 7,200 feet airport runway could accommodate the departure of a fuel heavy plane carrying 1,120 gallons of fuel and 40 gallons of oil for the 2,425 mile journey. At 6:29 a.m. on the morning of June 29, 1927 the pilot and navigator landed safely at Wheeler Field in Kauai, Hawaii, with a total flying time of 25 hours and 49 minutes.

Thousands of spectators turned out at the Oakland Airport to see the pair off on their momentous Trans-Pacific flight.

More than 8 years in the planning and development by the Army’s Materiel Division, the navigation equipment which had made the flight possible had been developed by Hegenberger and his Army unit for many years. Under the leadership of Lieutenant Hegenberger, who was Chief of the Instrument & Navigation Unit in the Materiel Division at Wright Field had explored and studied the issues for a Trans-Oceanic flight since the summer of 1919.

"Lieutenant Hegenberger was given responsibility to prepare the plane, including installation of special equipment, final arrangements of fuel system, engines, pumps, and airborne facilities, among other requirements. Because the navigator had to function as radio operator and pilot as well, a special passageway was provided between the front cockpit and the navigator’s cabin in the rear, necessitating the removal of one fuel tank." 1

Hegenberger and Maitland won the Mackay Trophy for the flight, which is the US Air Force's annual award the "most meritorious flight of the year" by an Air Force person, persons, or organization. Although the pair received far less adulation then had been given Charles Lindbergh five weeks prior for the first Trans-Atlantic flight, from a navigational stand point their feat of a successful Trans-Pacific flight was more significant.

The purpose of the flight was to gather important information which would be invaluable in opening up commercial aviation between California and Hawaii, and in that regard the flight was a tremendous success.

Hegenberger Road and Hegenberger Expressway in Oakland, California are both named in honor of Lt. Albert F. Hegenberger. 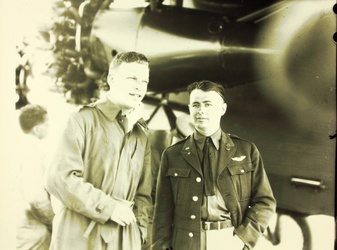 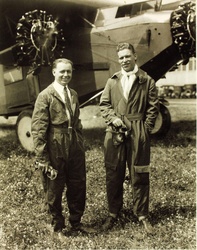 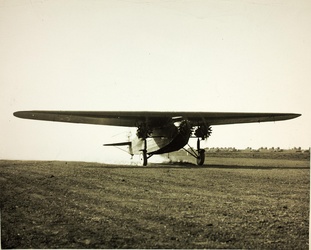 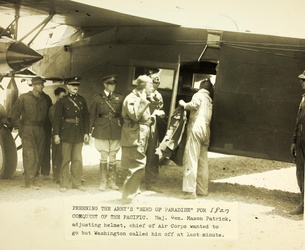 Caption Reads: PREENING THE ARMY'S "BIRD OF PARADISE" FOR CONQUEST OF THE PACIFIC. Maj. Gen. Mason Patrick, adjusting helmet, chief of Air Corps wanted to go but Washington called him off at last minute 7 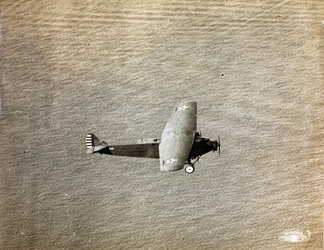 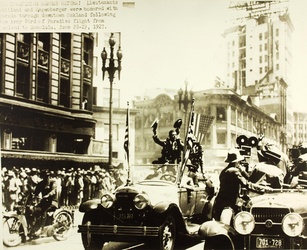 a parade through downtown Oakland welcoming the returning pilots 2