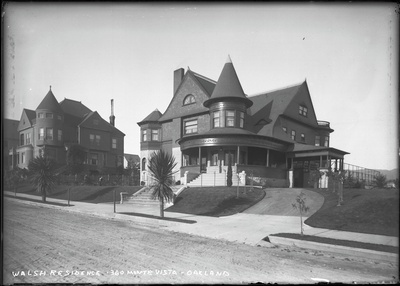 The local chapter of the Frances E. Willard Club was housed in the former Walsh House located at 360 Monte Vista Terrace, Oakland.

After a visit to a San Francisco opium den, she went on to include drug abuse along with alcohol as the major factors in the oppression of women. Her brother was a gambler and alcoholic, and the family suffered financial hardships because of it, especially after Willard's father died.

Willard's major contributions to the temperance movement, culminating in the Prohibition Amendment, were diminished by her advocacy of vegetarianism and government ownership of utilities. She and other temperance reformers also had conflicts with African American journalist Ida B. Wells because they "depicted alcohol as a substance that incited black criminality, and implicitly made the argument that this was a serious problem requiring a serious cure." 1

The Chapel of the Chimes has the Frances Willard Columbarium named in her honor.