Warner was a Republican.1 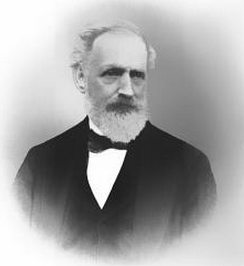 Franklin Warner7Warner lived was born in 1818 in Vermont and died in 1901.3 Warner was an educator and, like most early Oakland residents, involved in real estate. After attending Middlebury, he fought in the "Mexican war," and then moved to California, where he taught at Oakland's first public school. (Hannah Jayne was the first teacher, and when Warner came around, he became the second teacher and principal.)5  One text called him the "father of Oakland's public school system."6 He also taught at Henry Durant's school (proto-UC Berkeley). He was an advocate for the Durante Collegiate school and eventually a professor at the University itself. His wife, Sarah Hinds Walker, was the third teacher in Oakland schools.  Warner's real estate dealings, the "Warner Tract," were in the current West Oakland: he developed the area between 28th and 30th and Linden and San Pablo and had a house at 2nd and Brush.4

6. Alameda County: the Eden of the Pacific. Tribune Publishing Co: 1898.