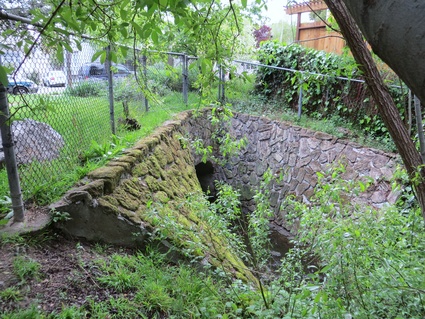 Glen Echo Park (sometimes incorrectly called Glen Echo Creek Park) is a City of Oakland Park in the Piedmont Avenue environs. Really, it’s more of a mini-park. Some would say parklet, but that refers to the not-always-guerrilla-reclaimed parking spots converted into...micro-parks? pico-parks?  (it is bigger than those). Just don’t go there expecting to shoot hoops or go hiking!

Back in the day, before it was a park, the area along the creek was overgrown with brambles of the biggest, sweetest blackberries.  A narrow dirt path ran through the blackberries, to a clearing on the slope with a single tall tree, from which hung a long rope with a large knot tied at the end.  There must have once been a house in that clearing next to the creek, because there were faint remnants where there might once have been a foundation, and partial remains of a brick chimney, just about 3' high. 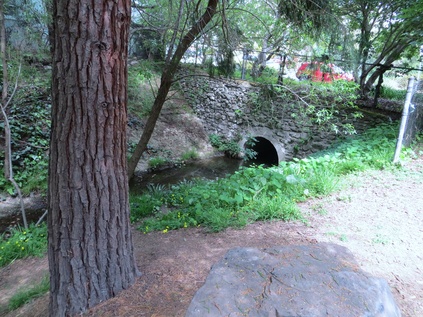 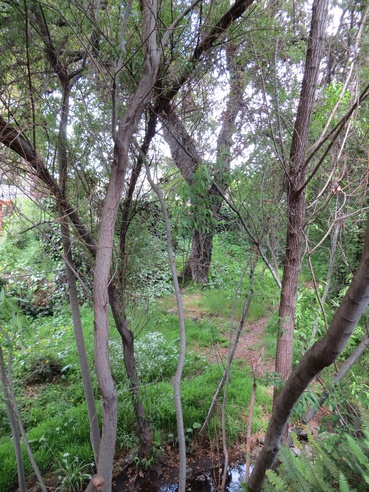 The tall, old tree still stands in the clearing next to the Glen Echo Creek, but the chimney fragment and rope swing are long gone (JL)