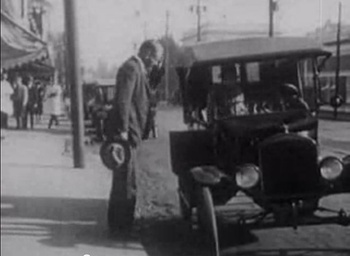 still from the film

Sometime in the 1920s, the American Theater and Oakland Tribune co-sponsored a weekly contest where people could submit their dreams. Winners received $25, and their dreams were made into films.

Only one of these films is known to have survived: “Gone! -- Baby’s Gone”. That week’s winner was Mrs. L.L. Nicholson of 3812 San Juan Street. Her house is shown in the film and looks nearly the same today. 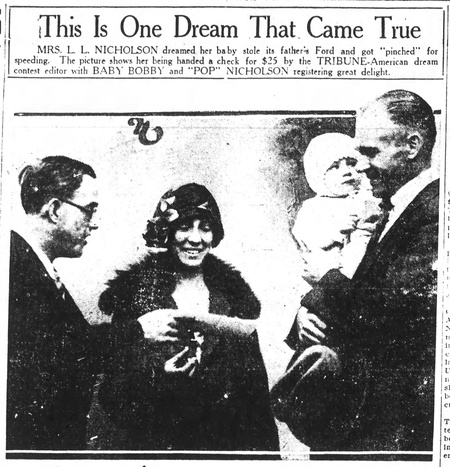 Other than that, the film shows interesting views of 1920s Oakland and includes a detour to San Francisco (by ferry, as the film was made nearly 10 years before the finishing of the Bay Bridge).