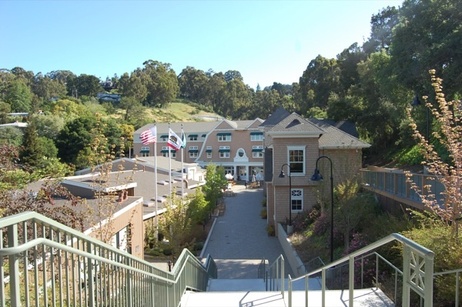 Head-Royce School is a private co-educational college preparatory Kindergarten through 12th grade school in Oakland, California. The mascot is the Jayhawks.

In 1955 the University of California, Berkeley announced that they needed the Anna Head school property for expansion, and ultimately acquired the property in 1963. The school's owners at the time, Mr. and Mrs. Daniel Dewey, could not afford the cost of relocation, and so were forced to donate the school to the newly-formed Anna Head School corporation. The Board of Trustees and friends of the school found and purchased the current 14 acre site on Lincoln, where the school moved in 1964.

In 1971, The Anna Head School corporation opened The Royce School across the street to serve as it's "coordinate school" (the boys school). The Royce School was named after Josiah Royce, Anna Head's brother-in-law. (source)

By fall of 1979, the schools combined into a single co-educational institution for grades K through 12 known as The Head-Royce School. 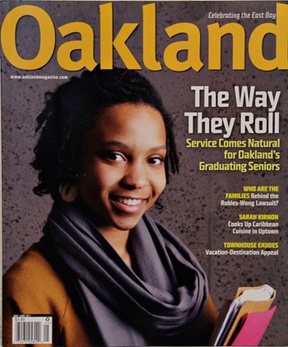 Gabrielle Davenport, Head-Royce Class of '11, featured on the cover of Oakland Magazine 3

"Head-Royce School has installed a total of 72kW of solar energy at its campus in Oakland, California, as part of a renovation and green building initiative. Part of the school’s mission is to inspire its students with a strong sense of community and social responsibility, and to demonstrate its own commitment to these ideals, Head-Royce’s goal is to become LEED-certified (Leadership in Energy and Environmental Design)." 2

It seems that Head Royce is always undergoing construction.

Historically, Head Royce has had a contentious relationship with neighbors. 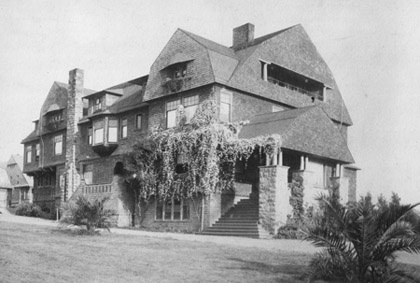