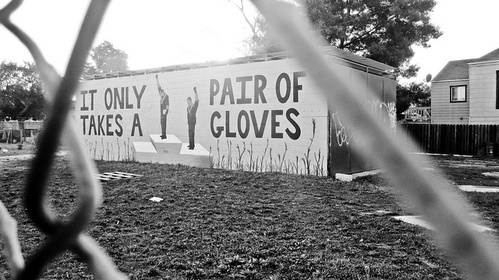 The It Only Takes a Pair of Gloves mural commemorated Tommie Smith and John Carlos, who each gave Black Power salutes when awarded the Gold and Bronze medals at the 1968 Olympics.

It was located on the side of a building at 1125 Mandela Parkway. The building was bright pink.

Right next to the building that has this mural is a chicken farm. 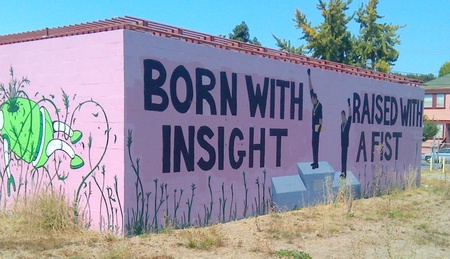 September, 2013photo CC-A from Our Oakland 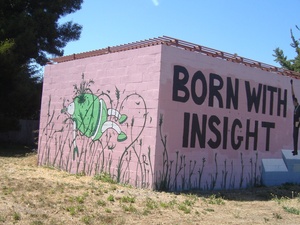 There's also another mural on the other side of the building. photo by mk30

The building and the mural were demolished on January 29th, 2015 as part of environmental cleanup. There was a gas station on the site from 1957-1969.