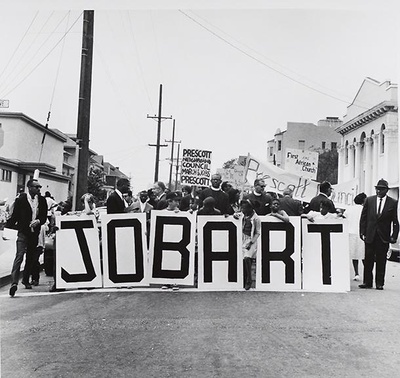 JOBART (Justice on BART; originally Job Opportunities - BART 2,4) was an activist coalition in the 1960s started during the construction of BART.,

Tom Fike was co-chair, 1 and Elijah Turner is described as "a leader." 5 At a meeting at Beth Eden Baptist Church, JOBART expanded its concerns to include housing and business displacement. 1