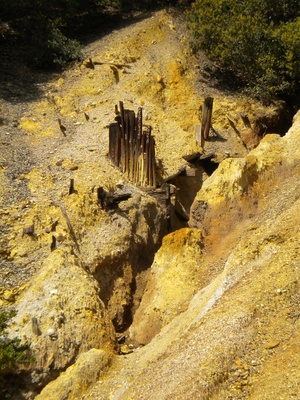 The original miners thought they’d discovered gold, but it turned out to be iron pyrite (fool’s gold). They then found that the sulfur could be profitably mined. According to the Society for Industrial Archeology, the sulfur "was processed into sulfuric acid at the Stege Works of Stauffer Chemical in Richmond (and other sites)." 4

While it isn't clear from the photos, this was a mine with tunnels, not just a surface mine. The entrance is blocked off.

As part of the clean-up the San Francisco Bay Regional Water Quality Control Board prepared a fact sheet describing the site, its history and plans for restoration.5

The water flowing from the mine is acidic and full of metals and flows into Leona Creek. The property has been privately owned since 2001, but the contamination from the mining means that mitigation work needs to be done before it could be developed 1 ; the 2014 SFGate article says it can never be developed. 3

It was apparently a popular place for young people to explore and subsequently need rescuing from after being overcome by fumes. A fence was built in 2003 separating it from nearby public land.

Photos CC SA-BY-NC from Our Oakland 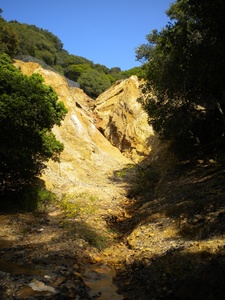 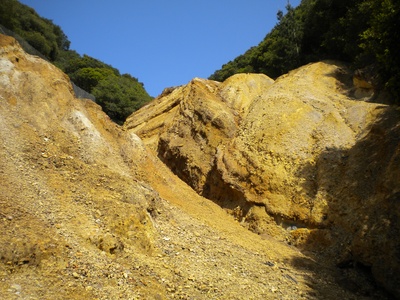 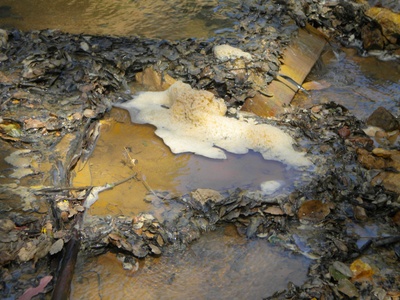 water flowing from the mine