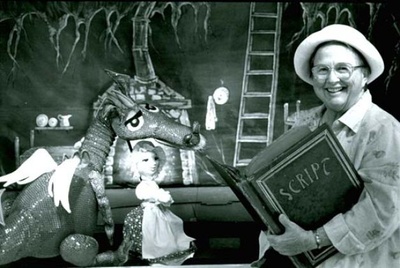 Lettie Connell Schubert ( __ - March 21, 2005) was the preeminent puppeteer in Oakland, directed Oakland's Vagabond Puppet Theater, was mentor to Frank Oz (future Muppet creator) and Jerry Juhl, and ran part of the Oakland Parks and Recreation Department from 1954 to 1960, among other outstanding accomplishments.

Mrs. Schubert was a founding member of the San Francisco Bay Area Puppeteers Guild and directed the first regional puppet festival in San Francisco in 1960.

Alan Cook, curator of the Conservatory of Puppetry Arts in Pasadena, said of Mrs. Schubert: "She was a force of major importance, I call her a catalyst. Her contributions to the field were wide ranging locally and even internationally. Her own performance talents were among the best, but she also encouraged many other talents." 1

Mrs Schubert, a well-known figure in American puppetry, died at age 77 in her Mill Valley home.