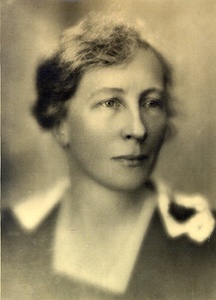 Dr.Lillian Moller Gilbreth
public domain via WikimediaDr. Lillian Evelyn Moller Gilbreth (May 24, 1878 - January 2, 1972) was a pioneering woman engineer, considered to be the 'Mother of Modern Management,' as well as a psychologist, lecturer, and businesswoman.

Lillian Moller was born in Oakland, the oldest of William and Anna Moller's nine children. Her father, William Moller, was a partner in the Dalziel-Moller Company, one of the largest wholesale plumbing dealers in Oakland and San Francisco. (It later became Dalziel Plumbing Supply before closing in the 1980s.) Her mother, a homemaker, was a daughter of "Oakland's First Millionaire", Frederick Delger. The 1903 Husted's Directory lists the Moller family residence at 476 29th Avenue, (previously known as Prospect).

Because she was extremely shy and introverted as a young child, Lillian was schooled at home by her parents and private tutors until she entered public school at the age of nine. She graduated from Oakland High School in May 1896 with exemplary grades. She went on to attend the University of California, Berkeley where she earned her Bachelor's degree in 1900, and a Master's in 1902, both in Literature. As a young woman, she joined Oakland's Ebell Society.

On October 19, 1904, Lillian (who had changed her first name from 'Lillie' while in college) married Frank Bunker Gilbreth in Oakland.

In 1915, Moller received her doctorate in psychology from Brown University 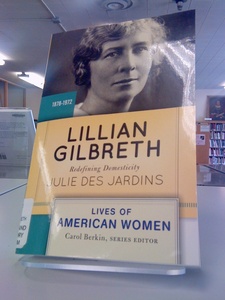