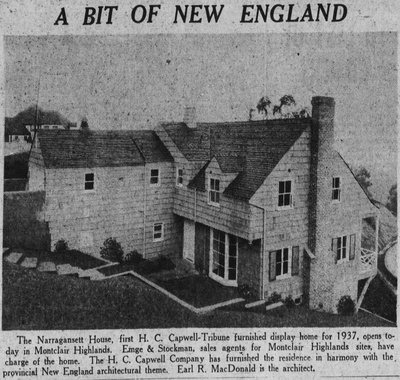 Narragansett House is a New England Colonial-style home in Montclair on Balboa Drive, built as a model home for development in the area in 1937.

The area, "Montclair Highlands," was developed by Emge and Stockman (Raymond F. Emge and Harry G. Stockman) who kept an office at 2050 Mountain Blvd. The architect was Earl R. MacDonald. The house was specially decorated by H. C. Capwell's for showing to the public. It opened in February, 1937, and 3,500 people came to see it in the first week. 1 By April, approximately 25,000 people had come to see it. 3

The exterior of the house at 5546 has been modified some, but still retains the same basic design. 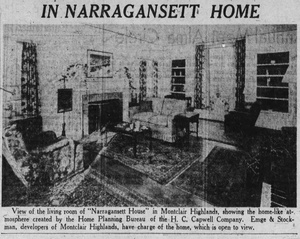 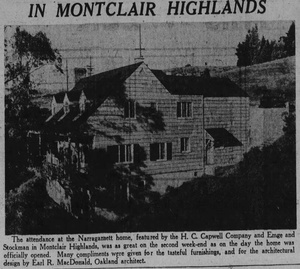