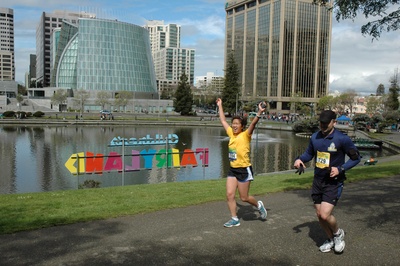 photo CC SA-BY Our OaklandThe Oakland Running Festival takes place annually each March. The festival started in 2010, and includes the revived Oakland Marathon, as well as a relay marathon, a half marathon, a 5K run, and a children's fun run. Since 2010, it has raised over $1 million for local charities, and has brought thousands of runners in for a great experience of Oakland, bringing in an estimated $12 million in hotel, restaurant, and other tourist revenue. 1

Marathon starts at 7:30 am at Snow Park

Pick your distance and join 10,000 other runners: marathon, half-marathon, 5K, 4-person relay, kids’ fun run. Nationally recognized as the Bay Area race to run by Competitor Magazine. In addition to much of downtown, the marathon course will take runners around Fruitvale, San Antonio, Eastlake and Lake Merritt.

The Oakland Marathon was named the "Best Marathon" in the Pacific West Region in 2013. (See City Admin's report). 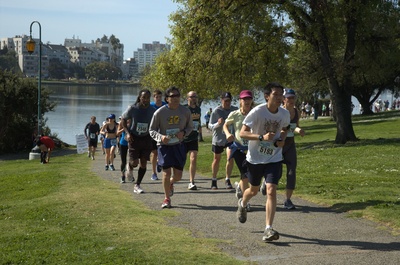 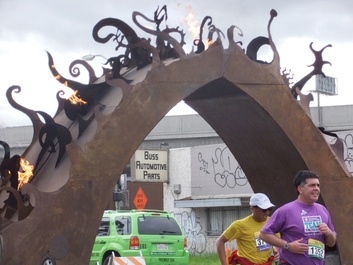 running through fire at the Crucible, 2011
photo CC SA-BY Our Oakland 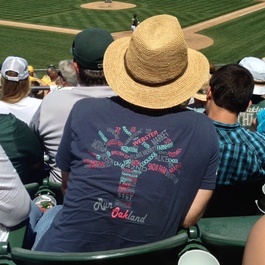 a cool shirt from the Running Festival with the Oakland tree made up of street names where runners ran. Taken at an A's game by greenkozi 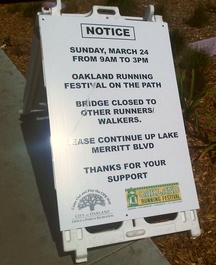 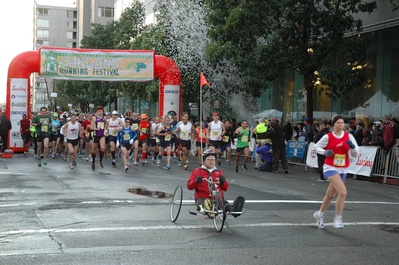 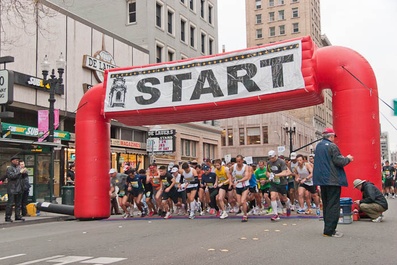