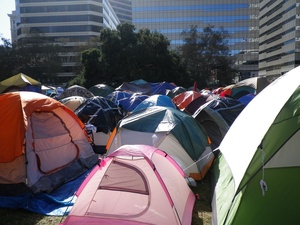 Wikipedia’s Occupy Oakland entry gives much detail and background. In contrast, this article hopes to stay shorter, focused on the present and future, and more relevant (we don't need to be as long, we can just be better)

Occupy Oakland has not had an encampment since Nov. 21, 2011, but the movement continues to be active by organizing protests and other events, mostly out of the Holdout.

Cost of Occupy Oakland to the City

The July, 2013 settlement of Campbell v City of Oakland cost the city $1.025mn in damages [source], although this case addresses incidents that predate Occupy as well.   With many protestors reporting PTSD and associated impacts, this payout did not begin to address the full impact of the city's unlawful and violent ouster of the occupy encampment. 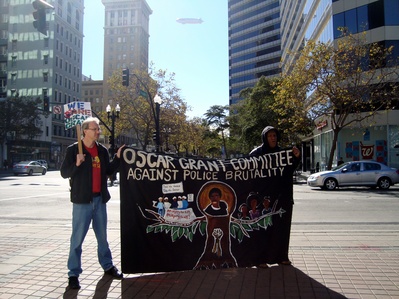 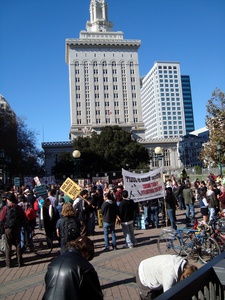 There are also some photos on this flickr of the port takeover, the encampment itself, the protest the night of the first clearing of the encampment on Oct. 25, and the May 1st 2012 May Day protest.