After having moved his eponymous hot dog joint around Oakland a few times since the late 1920s, founder Kasper Koojoolian settled at 4521 Telegraph Avenue (in Temescal). He passed away in 1943, and his son-in-law, Harry Yaglijian, quit his gem-cutting job and took over the business in 1947. Yaglijian’s son, called “Little Harry” by some to distinguish between the two, began to help his father in 1980. He managed the family enterprise after the elder Yaglijian, who spent fifty loving years there, got sick in 1997 and could no longer work.

Kasper’s hot dogs grew into the stuff of legend as the rich, famous, and influential came there in droves. “Ron Dellums used to come here as a kid,” said Yaglijian. “So did Eugene McCarthy when he was running for president…Danny Glover…Metallica.”

But in 2003, Kasper’s—the joint that presidential candidates, musicians, and women in labor alike had made legend—closed. “There were repairs that needed to be done,” said Yaglijian. “The kitchen had been there, well, since 1943, and I didn’t have the money.” 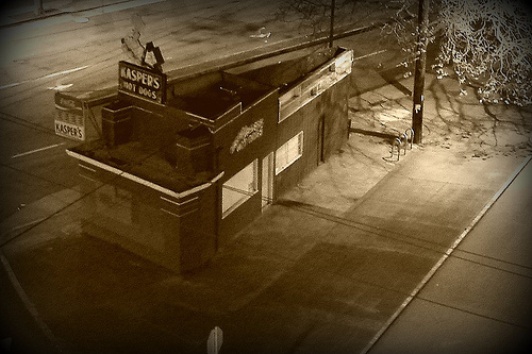 Unsure as to when the information on the website was last updated or the current status of Kasper's. (The web page hasn't been edited since 2004.)

Len Raphael used it as his campaign headquarters when he was running for Oakland City Council in 2012. They had the neon sign fixed up then, as it had been non-operational for some time before that. Yaglijian did special food service for the event. 1 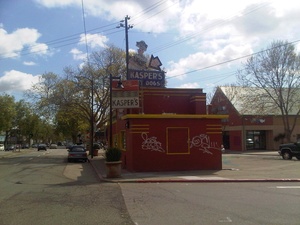 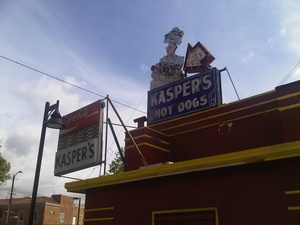 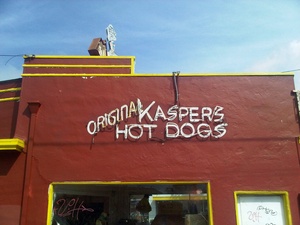 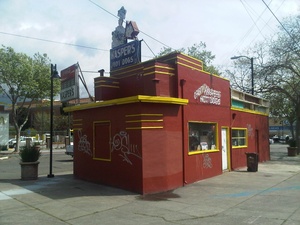