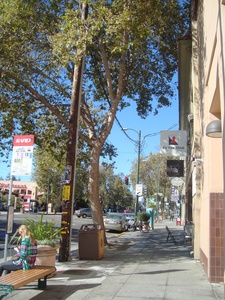 Telegraph Ave. in Temescal. (photo by mk30)Temescal is a neighborhood in North Oakland centered around Telegraph Avenue and 51st Street.

The main artery is Telegraph Ave., with lots of residential area on either side.

While the neighborhood was originally very Italian (like other parts of North Oakland), more recently, Temescal experienced waves of migrants from Ethiopia and Eritrea. Lately, the neighborhood has become increasingly gentrified and Oakland's center for hipsters.

Temescal was the recipient of the East Bay Express Best Neighborhood Readers' Poll Award in 2014. 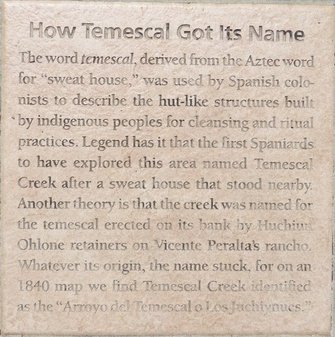 History plaque in front of Oakland Fire Station No. 8, in the Temescal neighborhood, Oakland, California (JL)Temescal derives its name from the Nahautl word “temascal”3 applied to the spiritual Indian sweatlodges found in California.2 Huchiun Indians had a village on the edge of the Temescal creek, presumably complete with sweat lodges.

The Peraltas settled in this area after the Huchiuns; in 1836 Vicente Peralta lived at what is now 5527 Vicente Street. In 1832 Solomon Alden purchased land from Vicente Peralta and began dividing the land into tracts in 1868.

By the 1870s, Temescal was known as "Little Italy" thanks to a large influx of Italian immigrants. Neighborhood cigar factories employed these immigrants and other Italians began the Oakland Scavenger Company. The Genovese fraternal organization was established in 1920. Colombo Hall was built in 1951. 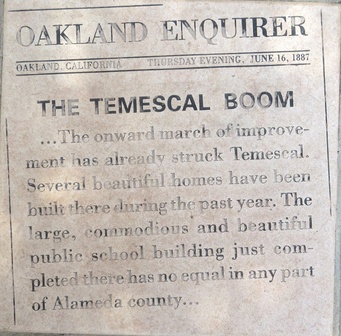 ”The Temescal Boom” Oakland Enquirer, June 16, 1887. History plaque in front of Oakland Fire Station No. 8. (JL)Temescal was also home to the canning and packing industry. The Josiah Lusk Canning Company, which operated from 1877-1888 from a location on Claremont Avenue between Clifton and Summer (now Cavour) Streets -- the current site of the DMV -- was the largest cannery in the world. The cannery employed 1,000 people including Chinese immigrants. The Chinese immigrants were not allowed to live in Temescal due to housing restrictions and lived in Chinatown.4

Temescal was was annexed to the City of Oakland in 1897. 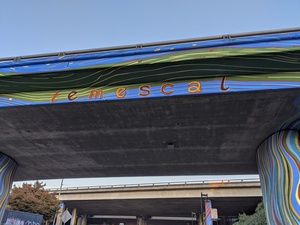 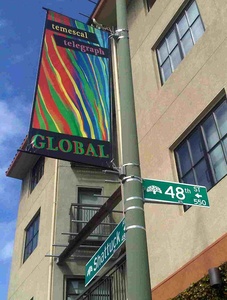 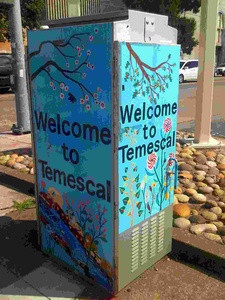 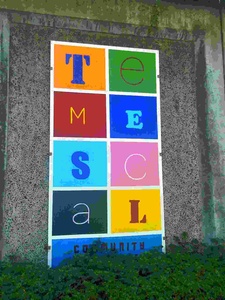 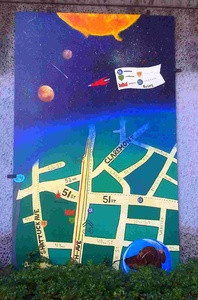 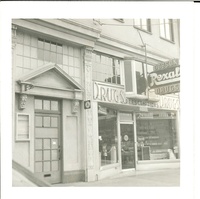 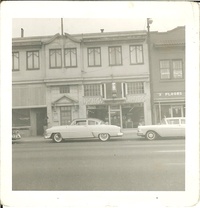 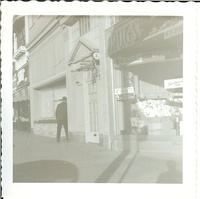 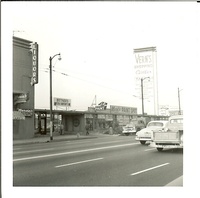 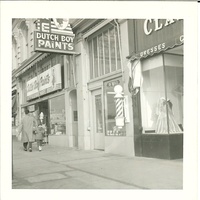 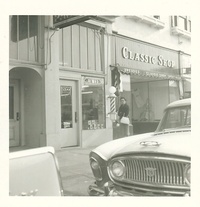