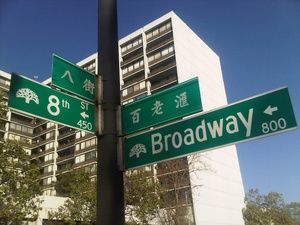 Beginning as a settlement in 1850, Oakland's Chinatown is one of the oldest neighborhoods in Oakland and one of the oldest Chinatowns in the US. It is currently the 4th largest Chinatown in the US with a diverse population of people of "Chinese, Vietnamese, Korean, Filipino, Japanese, Cambodian, Laotian, Mien, Thai, Samoan and other"1 backgrounds. Languages spoken by the residents of Chinatown include "Cantonese, Chiu-Chow, Ilocano, Japanese, Khmer, Khmu, Korean, Lao, Malay, Mandarin, Mien, Tagalog, Taiwanese, Thai, Toishan, and Vietnamese."1

Oakland's Chinatown was first settled by Chinese immigrant gold miners in the 1800s. 2 The earliest records of Chinese residents in Oakland date back to 1840, where laborers were employed in the Redwood Oaks Groves in the Oakland hills in the timber trade. Many others worked as sharecroppers, given legal regulations preventing Chinese settlers from owning land, By 1860, around 200 of Oakland's population of 1500 were of Chinese ethnicity. 3

Waves of anti-Chinese violence in the 1800s meant that the Chinese community in Oakland was relocated five times before being segregated to a designated "exclusion zone" in the current location of Chinatown in the 1870s. After the 1906 San Francisco earthquake, thousands of Chinese from San Francisco moved to temporary shelters in Oakland. Factories were built to provide jobs for Chinese laborers at that time as well. Although the Chinese community was allowed to develop in this part of the city, Chinatown was often neglected by City officials. Early 1900s zoning ordinances did not include Chinatown until 1931 when the newly-created City Planning Commission designated the are as part of the light industrial district. 4

Chinatown grew as changes to immigration law in the 1960s resulted in increased numbers of immigrants from China. Additionally, new refugees from Vietnam, Laos, and Cambodia also increased the population of Chinatown. 2 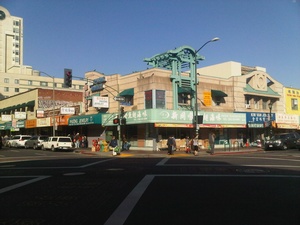 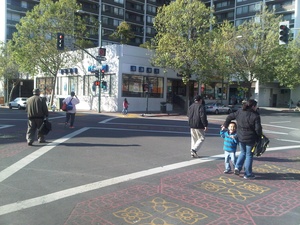 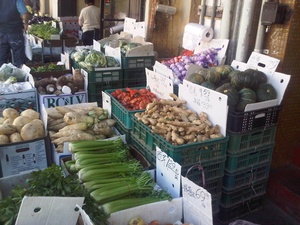 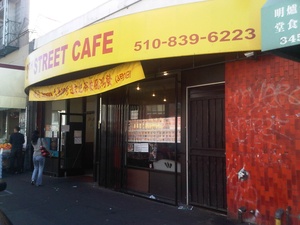 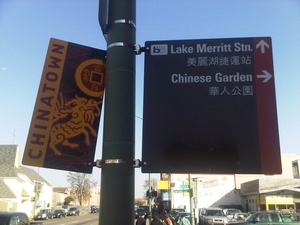 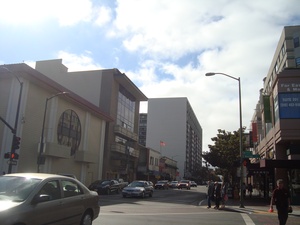 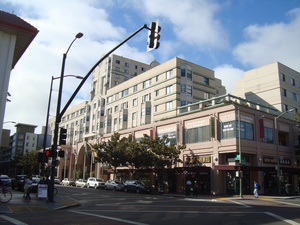