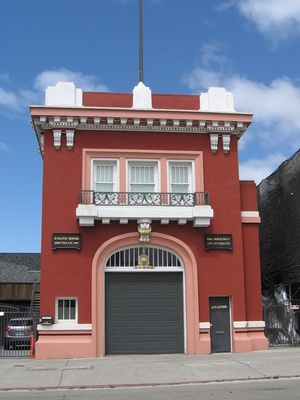 The Alice Street Firehouse was the first Oakland Fire Dept. Station 12 at 817 Alice Street, across from the newer Station 12. It was constructed in 1909. The building still stands, but it stopped being used as a fire station in January 1962 after the new station was constructed.

William Lutkey was promoted to foreman of the new station in 1909. 1

The building was designed by Frederick Soderberg. 2

The firehouse served as office and lab space for LightSail Energy, beginning in 2009. They then made the space available as a rent-free workspace and dormitory to young entrepreneurs until 2016.3 The building is now the headquarters of Jacobian Engineering, an information security company. 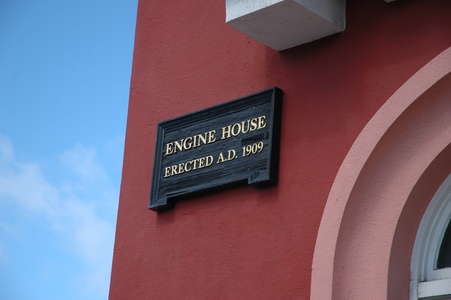 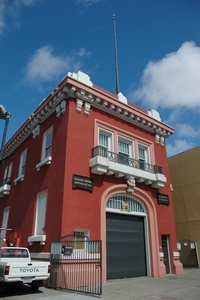 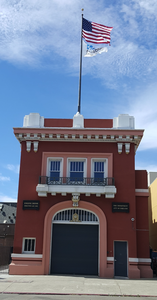