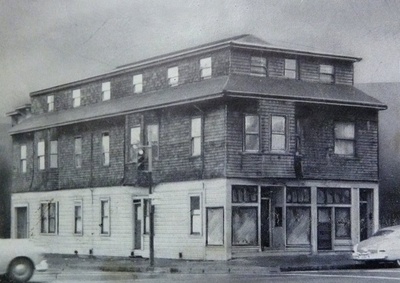 The Chinese American Citizens Alliance (C.A.C.A.) Oakland Lodge was established in Oakland following the 1906 earthquake. Members of the San Francisco Lodge moved to Oakland and formed their own lodge in 1912. It is the oldest civic organization in Oakland's Chinatown.

C.A.C.A. was originally formed to combat racial discrimination and prejudice against Chinese Americans, and work for civil rights, equal pay and political opportunities. The organization also worked for the betterment of the community through advocacy and service.

Six members of the Oakland Lodge purchased a building for the organization in 1919, and after a lengthy legal dispute with the tenants, the lodge officially opened in August 1921.

Meetings were held in the top stories of the building, with the first floor rented to local merchants.  One of those proprietors was Fong Get Moo, the first Chinese female barber in Oakland, who charged her customers a dime for a haircut and a lollipop. 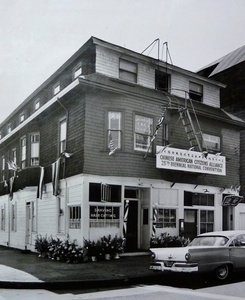 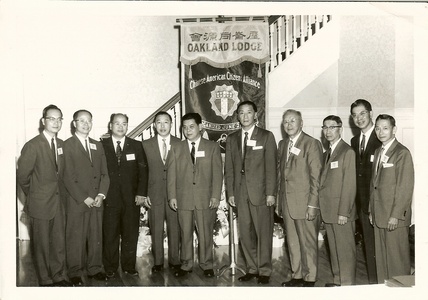 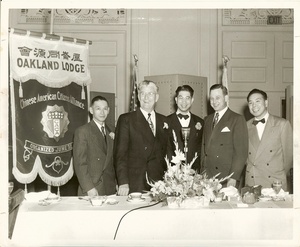 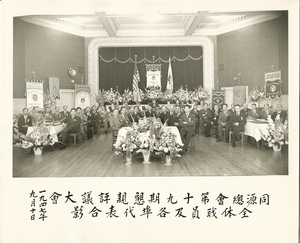 The Oakland Lodge of the Chinese American Citizens Alliance celebrated its 100th Anniversary on June 9, 2012.