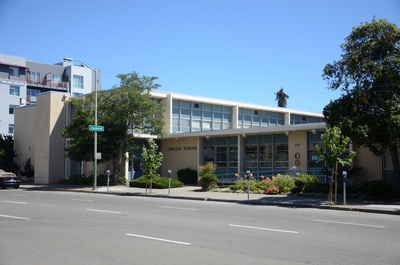 Lincoln Elementary School is a Kindergarten through 5th grade school which is a part of the Oakland Unified School District. 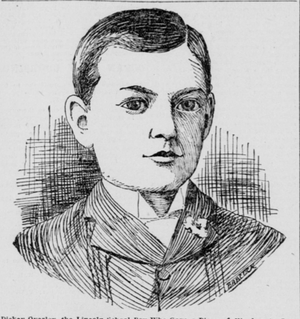 Dickey OverlayOn May 23, 1896, eleven-year-old Dickey Overlay, a pupil at Lincoln School, gave part of his leg to his sister who needed a chunk of flesh to save her arm. The operation was performed at Fabiola Hospital. 16 year old Priscilla had been injured 5-weeks before while working at a factory in Contra Costa County and when the doctors said that they wanted younger flesh than their father could provide, Dickey bravely stepped up, saying that he would do anything for his sister.2

On March 17, 1908 twelve-year-old Ferdinand Hoffman was summoned to Youth Court for refusal to attend Lincoln School. He stated that he would not go to school with "Chinamen" and didn't want to sit near them, either. At the time the neighborhood was described by the San Francisco Chronicle as being close to "one of Oakland's choicest residence [sic] districts and yet only a few blocks from Oakland's Chinatown." Thus the students came from "the fashionable white families and also the Celestial [sic] quarter." 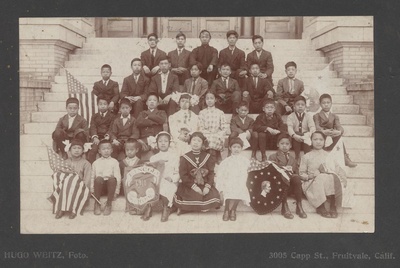 Judge F. B. Ogden presided over the Youth Court and told Hoffman that he had to suck it up and go to school, whether he liked it or not. According to the Chronicle, the judge told him he shouldn't be prejudiced, and moreover, even if he were, he needed to listen to his parents and teachers when they told him to go to school. Hoffman said he would.1