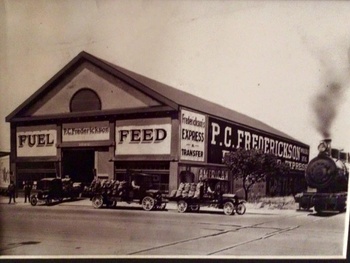 It opened in 1890 just southwest of what is now the intersection of 33rd Avenue (then known as King Avenue)and Foothill Boulevard (then Talcott Avenue or Sherman Street), then in 1912 moved to 1025 Fruitvale where it could have its own railroad spur. It was run by Frederickson, his son, Chester C. Frederickson, and yard superintendent, P. C. Jensen. 1

After the elder Frederickson died in 1937, his son Chester continued to run the business until at least 1940, when the plant suffered a three-alarm fire that was described as the third fire in a one year period. 2 The building is not shown on the 1950 Sanborn map for the area. 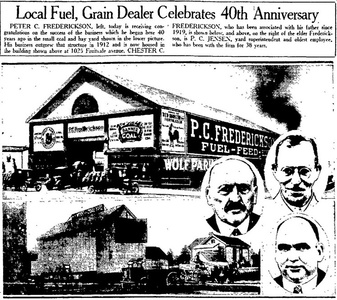 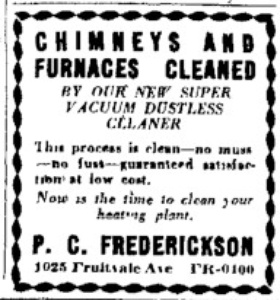