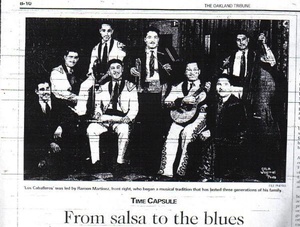 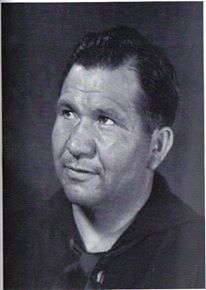 Ramon Martinez (1906–1950) or Don Ramon as he was commonly known, was a Latin Music pioneer in Oakland. Born in Winslow, Arizona of Basque, Mexican and Navajo ancestry, Ramon Martinez moved to Oakland sometime in the mid-1920s. He organized one of the first Latin/Mexican Music groups, who called themselves Los Caballeros. The group was popular in West Oakland where the majority of Mexicans and Latinos lived at the time. Ramon Martinez started one of the first Spanish-language radio shows in Oakland and the Bay Area called the South American Way, which was broadcast on KLX from the Oakland Tribune tower. His show was popular with the local Mexican and Latin community. 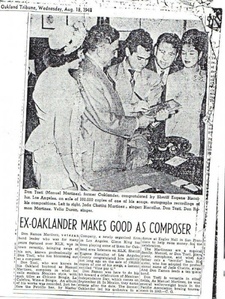 Ramon Martinez also had a son out of wedlock, Edmundo Manuel Tostado Martinez. ‘Don Tosti’ was also a Chicano Latin music pioneer, a jazz musician who became popular during the Zoot Suit/Pachuco era because his music was about Pachucos and used Chicano slang combined with jazz and swing beats. Don Tosti passed away in 2004.