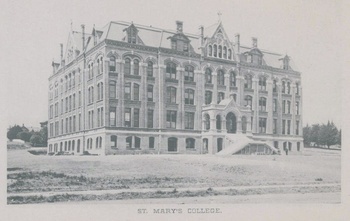 Saint Mary’s College, a men's college founded in San Francisco in 1863, relocated to Oakland in 1889. Its campus was located on the corner of Broadway and Hawthorne. 1

The large, square school building (affectionately known as the “The Old Brickpile”) suffered three major disasters in its nearly 4 decades in Oakland. A fire on Sept. 23, 1894 raged out of control for several hours, destroying enough of the building’s upper floors to leave it unusable for a whole semester; [College President] Bro. Bettelin McMahon (ever the optimist?) had only $20,500 fire insurance for a building worth $350,000 2. The Great 1906 Earthquake dealt $20,000 damage; and a devastating fire in 1918 set things back $250,000 (the fire insurance had been increased, to $50,000) 3. Still, despite the various setbacks, the Christian Brothers persevered another decade in Oakland. 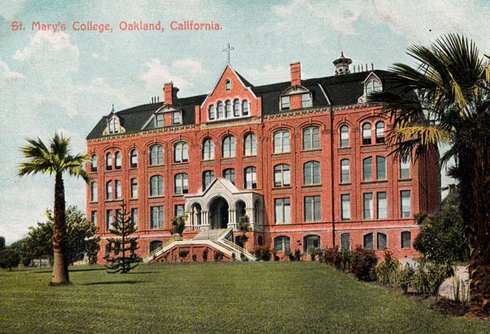 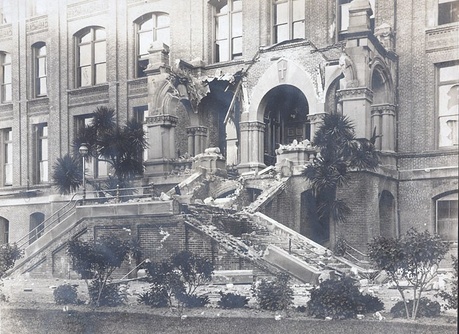 By 1928, though, the college had outgrown its Oakland campus; it moved once more, this time to its current location in nearby Moraga. 2 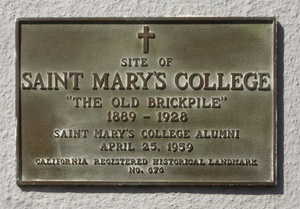 Plaque on Broadway side of “Bay City Chevrolet” building

What became of "The Old Brickpile"?

Well, it was torn down, of course, and — oh, you mean after that? Well, nowadays probably no one really knows … though a tantalizing bit of old-school Oakland scuttlebutt maintains that the Chryst House designed by Carr Jones and built in 1929 at 1600 Fernwood Drive had (ahem) unusually easy access to vast quantities of bricks – and that these were obtained for a song. And the Houvenin house built in 1932, also designed by Carr Jones, is also alleged to have been constructed with bricks from the old Saint Mary's building. (True or not, good use was certainly made of those materials at both houses!) 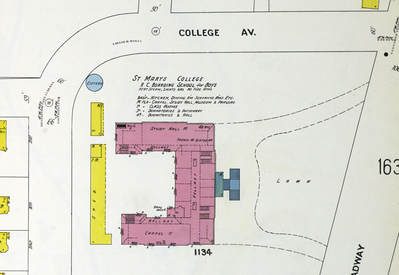 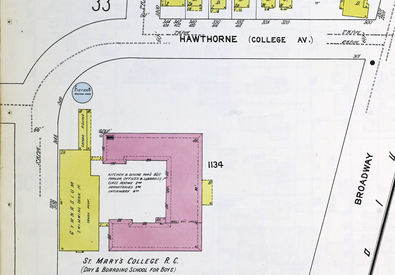