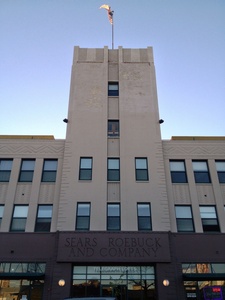 The Sears Roebuck and Company Building is an Art Deco building constructed in 1929-1930 and located at 2633 Telegraph Avenue in Oakland, California. The building's Sears Roebuck department store opened on March 13, 1930, as the 350th store in the Sears chain, which claimed to be the "World's Largest Store" at the time. 1 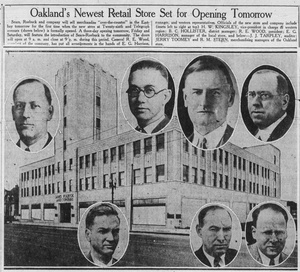 Remodeled in 1963 to "modernize" the facade, the renovations also provided additional "structural stability." The Sears store in the building closed in 1993.

After remaining vacant for about eight years the 144,000 sq. ft. building underwent major redevelopment by the Madison Park Financial Corporation into the Telegraph Lofts which include "54 live/work units comprising 64,446 square feet, as well as 11,000 square feet of retail and 28,000 square feet of self-storage space" which was completed in 2002. A new penthouse level was also added and "the center of the old Sears building was opened up to create the open-air atrium that now serves as the centerpiece of the building." 2

Jerry Brown was a resident of this building from 2004 to 2007, during which time he married Anne Gust.3 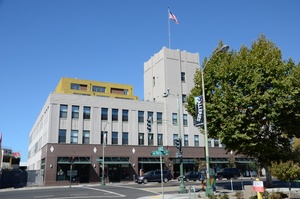 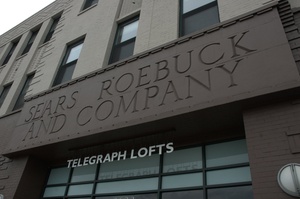