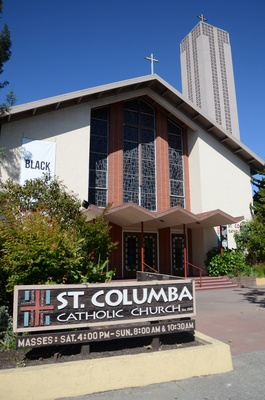 Saint Columba Catholic Church is located at 6401 San Pablo Ave in the Golden Gate neighborhood. It is one of the largest predominately African American Catholic parishes in Northern California, along with Saint Benedict Catholic Church in East Oakland.

Since 2004, the church has displayed a series of white crosses each representing a homicide victim in Oakland for the given year.

From 1999 to 2009, Father Jayson Landeza, a native of West Berkeley,  was the Pastor (priest in charge) of Saint Columba. 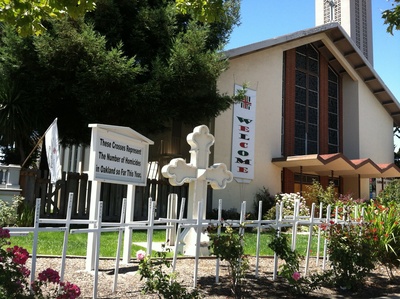 White crosses in front of St Columba
photo from Ornithopter