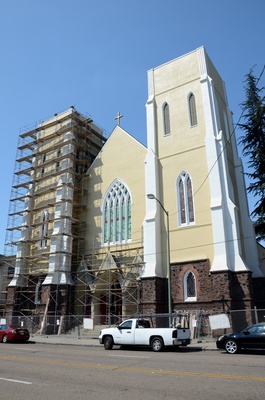 St. Mary's of the Immaculate Conception, generally referred to as St. Mary's Church, was established in 1853 2 or 1858. The current Gothic-style church building was completed in 1872. The church hosted a grammar school for girls and a convent in its surrounding buildings. It absorbed the nearby parish of the Cathedral of Saint Francis de Sales after the cathedral was damaged in the 1989 Loma Prieta Earthquake and eventually torn down. St. Mary's closed in July 2008, when its parish moved to the new Cathedral of Christ the Light.

The exterior was restored and repainted in 2013, and the church reopened Dec. 1, 2013,  as New Birth Oakland, a non-denominational church.

The area was long home to immigrants from Portugal, Italy, and Latin America. Until the construction of I-980, it was more connected to nearby West Oakland. 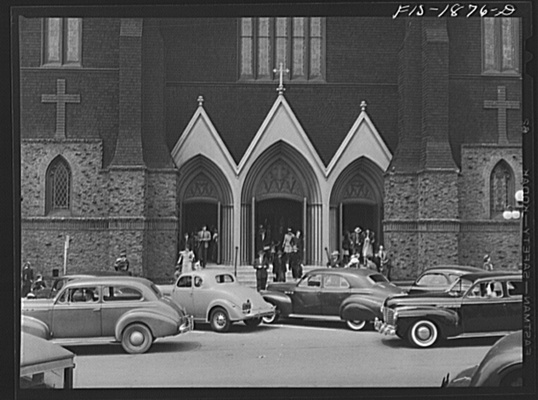