On Oct. 17th, 1989 a magnitude 6.9 earthquake that lasted 10-15 seconds hit the Bay Area. What came to be known as the Loma Prieta earthquake (San Francisco-Oakland quake)  caused significant damage across the Bay Area. The quake caused 63 deaths, over 3,500 injuries, and approximately $5 billion in property damage. 1

42 people were killed when the Cypress Structure of the 880 freeway collapsed. Many buildings in Oakland (including City Hall, the historic train station, the Tribune Tower, and many other historic buildings) were significantly damaged during the quake. As many buildings had to close for extended periods of time (ex: City Hall was closed for five years, the train station was closed permanently), the quake ended up having a significant effect on the economic life of many areas of Oakland. The quake also forced a city-wide debate over the value of historic properties and the cause of historic preservation. The city was forced to choose between expensive seismic retrofits and permanent closures of key landmarks (ex: City Hall's retrofit cost $85mn). Each building that sustained structural damage and closed immediately after the quake became a site of negotiation and the debate was waged on a building-by-building basis. Students of Oakland history will note the recurring presence of the earthquake as a force in the architectural and economic history of the city. 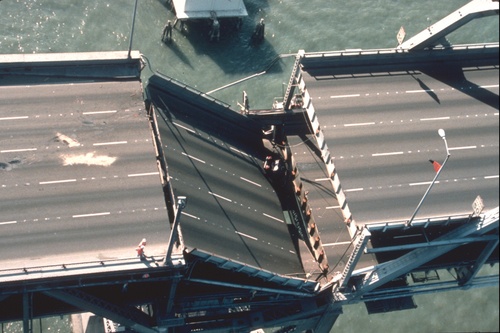