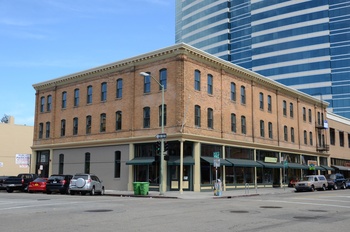 The Clay Building is a three story brick building at 1001–1007 Clay Street, built in 1901. After the 1906 earthquake badly damaged their San Francisco facilities, the Levi Strauss Company moved its offices to the Clay Building, which had also suffered damage in the quake. The ground floor is home to restaurants Le Cheval and Siam Bay.

According to the NRHP application, "a door leading to the third floor announces the Eliopoulos Hellenic Company, Manufacturers of Egyptian Cigars." 1 Theodore Eliopolous had come to Oakland to work as a confectioner, but opened a cigarette factory there in 1909, but by 1911 it was owned by John Fisher who moved the company to Webster Street. 1 David Bercovich ran an auction house there after working at the family scrap metal business on 4th Street. His brother Harry's cigar business rented space there in 1924.

The building was badly damaged in the 1989 earthquake. As is common in restoring historical structures, the repairs used slightly different colored bricks to indicate they are new, not original. 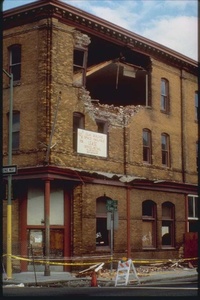 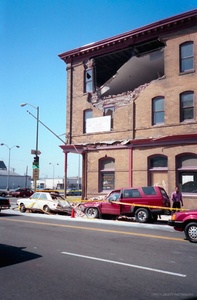 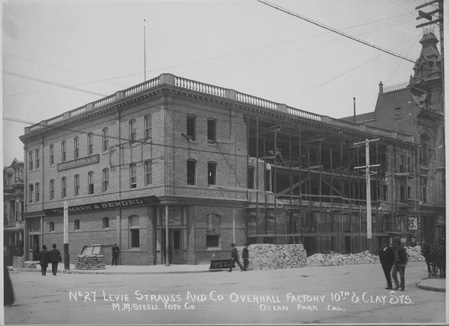 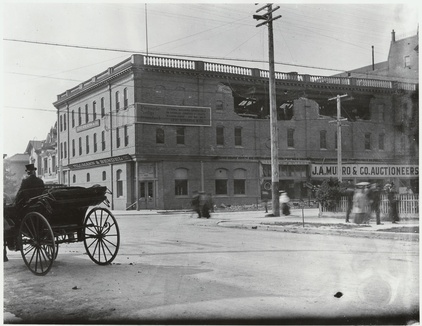