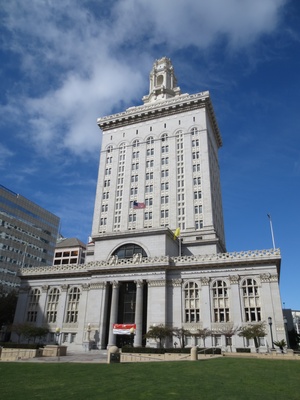 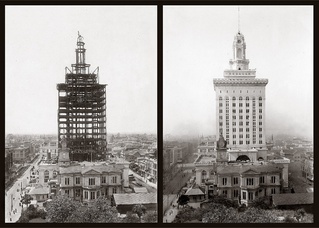 Oakland City Hall construction progress, August 1, 1912, and February 14, 1913
(Courtesy Oakland History Room; public domain)Oakland City Hall, located at 1 Frank H. Ogawa Plaza adjacent to 14th Street, was completed in 1914. At the time, it was the tallest building west of the Mississippi, at 335 feet tall. The Beaux Arts building replaced an earlier City Hall building which formerly stood on what is now Frank Ogawa Plaza. The building was designed by New York-based architecture firm Palmer & Hornbostel in 1910, after winning the $5,000 grand prize in a nationwide design competition over 27 other competitors. The winning design was chosen by John Galen Howard, chair of Dept. of Architecture at Cal, and responsible for most of the Beaux-Arts buildings on campus. 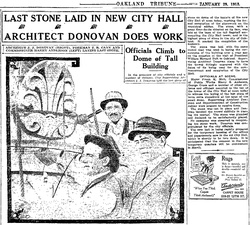 On October 13, 1911, President William Howard Taft laid the cornerstone for the new city hall. When city hall first opened to the public on March 13, 1914, 5 it included a jail (complete with outside exercise area), a fire station, a police station, and a small hospital. Today it houses a variety of city offices, as well as various chambers used for city council meetings and other city meetings.

After suffering damage during the 1989 Loma Prieta earthquake, the building was immediately shut down. The building reopened in 1995 after an $85 million seismic retrofitting and can now move 18-20 inches laterally in an earthquake. 1 The most prominent feature, the "wedding-cake" cupola is earthquake prone .

The current Oakland City Hall was designated Oakland Landmark #28, under Zoning Case #LM 79-131, on June 19, 1979, and is also listed on the National Register of Historic Places.

Read more about Oakland City Hall history in this article about the building's 2011 centennial. 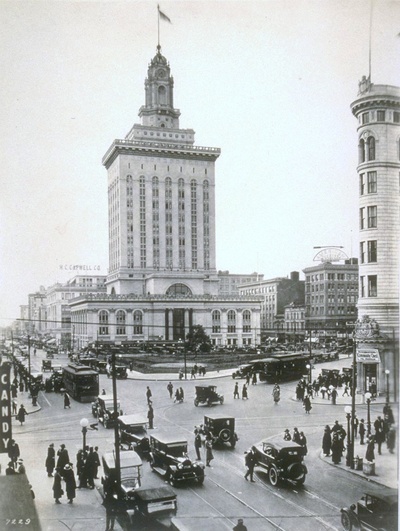 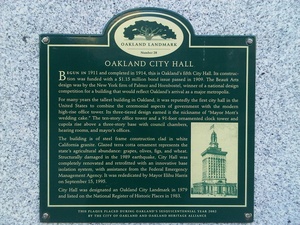 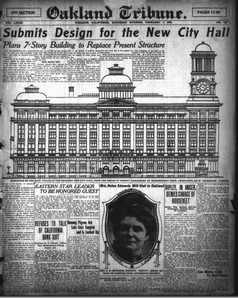 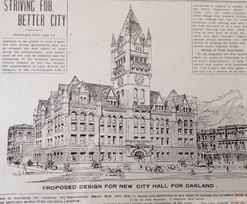 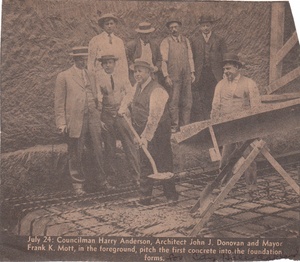