Wallace Everson was one of the original "freeholders" of Oakland. Everson was the president of Pacific Surety, Co, which apparently sold both "surety bonds" and "plate glass insurance."1 He was a founding member of the Athenian Club3 and a charter member of the Claremont Country Club.4 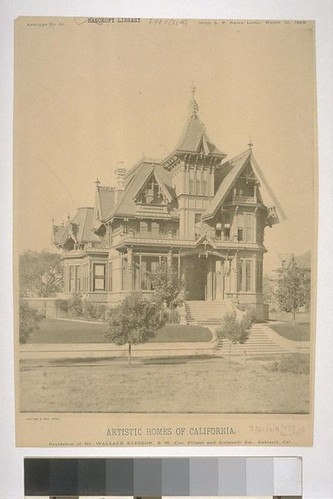